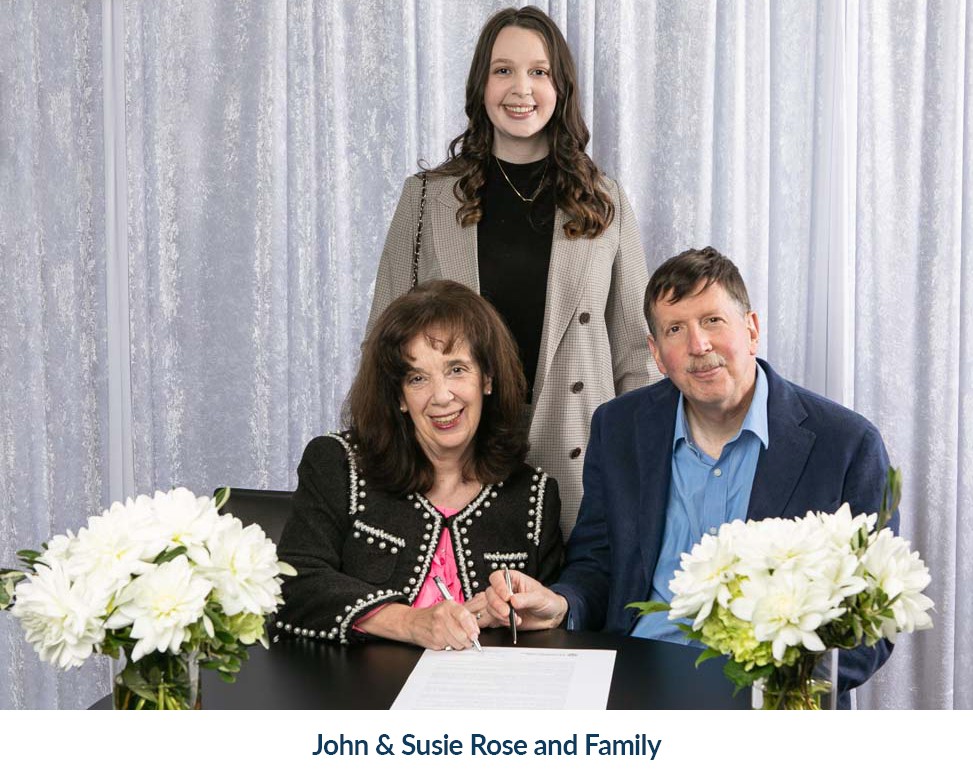 Born and raised in Toronto, we were taught early on the importance of giving back to community. Although we didn’t go to Jewish day school, our parents were our greatest influences and grounded us in Jewish values and how to give Jewishly. This meant volunteering and giving Tzedakah to Jewish and non-Jewish causes.

My (Susie’s) grandmother would frequently say: “if we don’t give back to community, who will?” She always talked about her twin brother who never made it to Canada. He perished in the Holocaust.

Both of our fathers had been active volunteers with various Jewish agencies (UJA, Baycrest, JVS, and others). John’s father had also once served as lay President of the United Way.

John’s father believed in giving back a percentage of what you earned every year, both personally and in his business. In grade four, John had to write a story about what he would do if he won a million dollars. He wrote that he would give $100,000 to charity and put the rest in the bank to use later in life. He learned well!

Susie has been an active volunteer with many agencies including the Art Gallery of Ontario, as well as Canadian Hadassah Wizo (CHW), and other Jewish agencies. When my daughter, Melanie, was born, my mother gifted us both lifetime memberships to CHW. I was proud and grateful. That makes four generations in our family to be members of CHW.

Giving was very much a family thing in both families. Dinner table conversations were often about our volunteer experiences. When we married, John’s father brought us into many of his volunteer activities and introduced us to many opportunities for Tzedakah.

Our parents gave us important jumpstarts to Tzedakah and have been such positive influences. We are committed to doing the same with our children (Alex, Jamie, Melanie). We now have family meetings to decide where our annual funds will go. They are engaging with enthusiasm and care. This year, with the pandemic causing even more needs for Tzedekah, the three of them are bringing new ideas for us outside of our core groups of Jewish and non-Jewish causes. Families can influence in all directions amongst the generations!

We decided to inscribe ourselves in the Jewish Foundation’s Book of Life because it’s a lovely way to express what Jewish community means for us. We are excited to be involved with the Foundation because UJA knows where the highest needs are in the community.

Our hope for the future is that anyone can proudly be Jewish and unafraid. With antisemitism back on the rise, we cannot take anything for granted. We must be there for one another.

Our message to others is to find the pleasure in giving. Like us, you may discover rewards far beyond what you might ever have imagined.