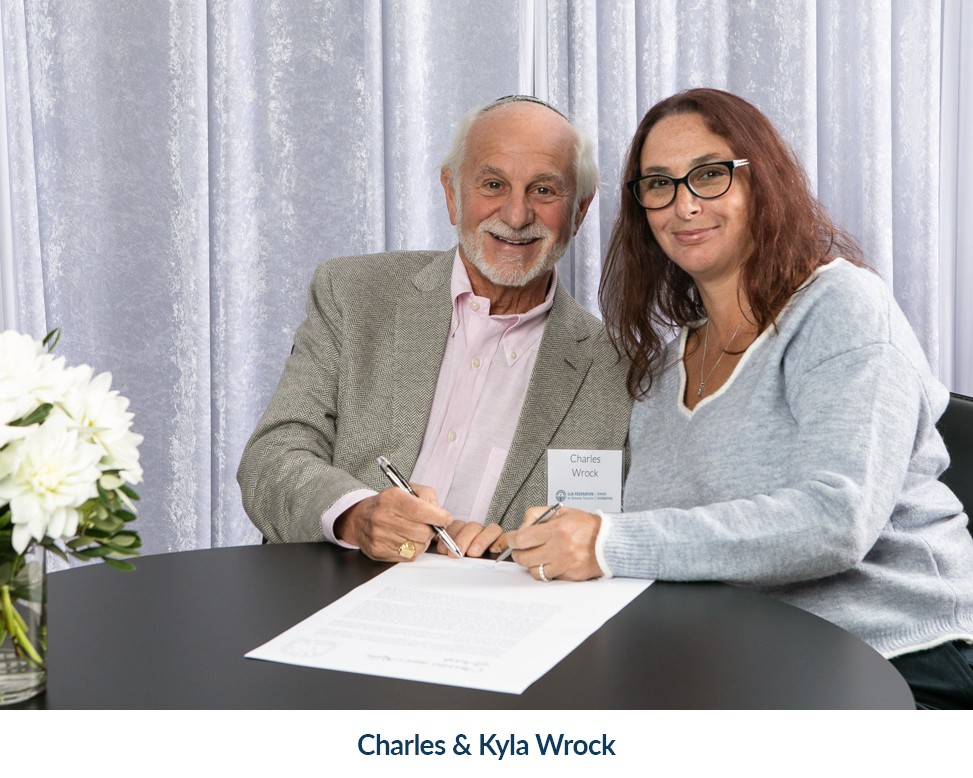 My parents, Manny and Esther Wrock, were among the generation of ‘greeners’ – newcomers to Canada, majority of whom survived the Holocaust. They arrived in a new country, with a heavy burden: they had no immediate surviving relatives, they were depleted of anything of value and they bore irreparable wounds as victims of Nazi persecution.

Despite the heavy loss, my parents were able to establish roots. I was born shortly after my parents arrived and I was told my first crib was an orange crate. It’s a story that I cannot definitively corroborate but it illustrates the way we lived and contrasts vastly to the life my parents would eventually build, and to which I would be privileged to be a part of.

My parents’ success in business only strengthened their commitment to the Jewish community. Even after surviving the Holocaust, their pride as Jews and Zionists did not wane. My father, in fact, had every intention to move to Palestine before the outbreak of World War II. He studied to be a drainage engineer. That dream never came to be. But my parents’ Zionist dream was realized through their enormous charitable support, such as their contribution that allowed for the complete rebuild and expansion of the Beit HaTzerim air force training base, in the Negev. They also provided funding to make it possible for Migdal Ohr to purchase a shul in Jerusalem for Russian and Israeli orphans. The request for financial backing came from Rabbi David Grossman, the founder of Migdal Ohr. Migdal Ohr is an Israeli organization that plays a pivotal role in ensuring the emotional and mental well-being of at-risk children. My wife and I continue to support this incredible institution today.

I was so fortunate to learn from my parents and to be able to carry on their legacy. I continue to support some of their favourite charities while discovering others that speak to me. I am actively involved with Mercaz Canada. With the shifting tide of intolerance in our world, Mercaz is a vehicle through which I feel I can lend a voice to unite our community and productively combat the threats to our people and toward Israel. The existence of the Wrock Family Fund at the Jewish Foundation of Greater Toronto has and will continue to ensure that I can be counted on, and, by extension, my parents’ generosity will endure indefinitely.