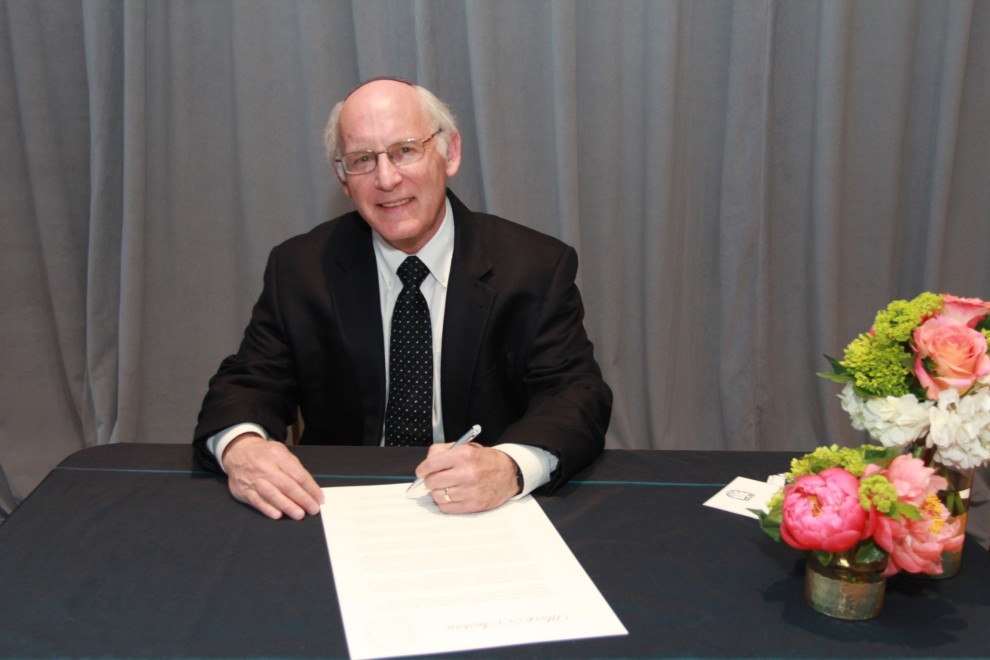 My engagement in the Jewish community began at an early age and was influenced by my parents and wonderful mentors. On my mother’s side, I am a third-generation member of Holy Blossom Temple, and my paternal grandparents were founders and active members of Beth Radom synagogue.

My parents were enthusiastic synagogue members during my childhood:  since my mother was in charge of the Sisterhood Oneg Shabbats, I was at services every Friday, and my father’s role on the Social Action Committee helped foster my interest in political science and history.  I remember well his contribution in planning events around the historic visit of Martin Luther King to our temple. Years later, I myself would serve as president of the congregation.

I enjoyed religious school; I also participated fully in the Reform youth movement, serving in successively wider and more responsible leadership roles within our immediate region and serving as the first Canadian president of the National Federation of Temple Youth (NFTY – now called North American Federation of Temple Youth), and then branching out, after several summers at Kutz Camp in Warwick, New York, to eventually assume staff and faculty roles throughout my high school and university years.  It was, in fact, through the youth movement that I met my wife, Brenda Spiegler.

Several Holy Blossom mentors throughout my formative years deeply influenced my thinking about our obligations as individuals and within our community.  Among them were Gordon Wolfe, Heinz Warschauer and Rabbi W. Gunther Plaut. On the advice of my graduate studies advisor, I worked as a Canadian diplomat for several years before returning to law school.

I believe it is our responsibility, not just as Jews, but as human beings, to do everything possible to better our world. Brenda and I are both founders and board members of Eli’s Place, which is a proposed residential treatment centre for young adults with serious mental illness.  I currently serve as Chair of ACT to End Violence Against Women.

My passion for Israel manifests in my involvement in several organizations.   I have created the Canadian arm of Project Rozana, which raises funds to train Palestinian doctors, help transport Palestinian patients to Israeli hospitals, and support their care. I am also active in the Jewish Agency for Israel and the World Zionist Organization, having served as president of ARZA Canada and chair of ARZENU.

I am concerned that one of our community’s greatest challenges is the next generation’s lack of profound connection to their Judaism and Israel.  I hope we can work together to resolve this challenge.