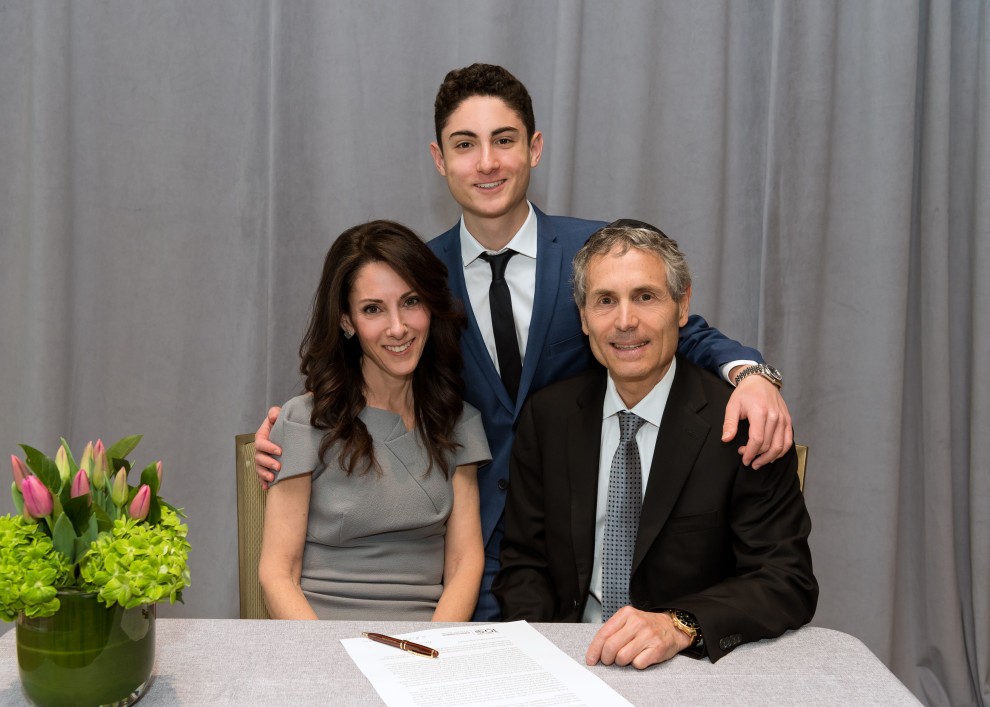 It is often said that there are two types of people in this world: people who work to live, and people who live to work. Simon and Brenda Benattar fall in neither basket; they work and live…to give.

Simon inherited Jewish morals at an early age. He is the son of a trailblazing woman who was born into abject poverty in Manchester, England. Simon’s mother vowed to give their children a Jewish education at any cost. Sympathy for those less fortunate and a fervency for Jewish integrity is in Simon’s DNA.

A tender keenness to succor others without expectation of praise or reciprocation is a rare quality—one which Simon found in Brenda. Brenda was raised in a home where her parents demonstrated a commitment to Jewish traditions. Brenda is a proponent of transforming experiences of hardship into grounds for gratitude and helping those in need. “We try to make a positive difference wherever we go, as a family,” Brenda states. Joined by their three children, Jordyn, Abby and Josh, Simon and Brenda visited Zambia, where they donated suitcases of toys to an orphanage for children affected and infected with HIV/AIDS. In Cambodia, they brought hundreds of toothbrushes to a children’s hospital. In Israel, they volunteered at Meir Panim, a soup kitchen for hungry Jerusalemites. Simon and Brenda channel their gratefulness for life into projects that improve the lives of others.

One particular cause of both concern and motivation for the Benattars is educating people about Jewish life and Israel. According to Simon, “these are the two things we’ll always have, which is why it’s incumbent upon us to preserve and advance them,”—“especially among future leaders,” Brenda adds. Simon and Brenda funded Simon Wiesenthal’s Tour of Humanity Bus to visit their son’s school to promote tolerance. They regularly support Chabbad and Hillel to counter anti-Semitism and enrich Jewish life at universities, and they fund scholarships to Hasbara Fellowships, a pro-Israel campus activism organization. Jordyn, their eldest, follows in their tracks as the organizer of Canada’s first iTrek Law trip to Israel, where she will lead 30 students to better understand Israel’s complex legal reality and sacred existence. Abby pursues volunteerism through various avenues at university, and Josh is part of B’nai Tzedek Teen Philanthopy after donating his Bar Mitzvah money to fund sports activities for at-risk youth in Bat Yam, Israel. The Benattar initiatives started with a tzedakah box on the kitchen counter. They leverage Jewish ethics as propellers to make tomorrow’s world a better place.

What drives Simon and Brenda is a triumphant Jewish history, coupled with a fragile Jewish future. Their philosophy is simple: individuals must understand the world in order to repair it. For the Benattars, tikun olam is not an activity; it is a way of life.

As told by their daughter, Jordyn Benattar