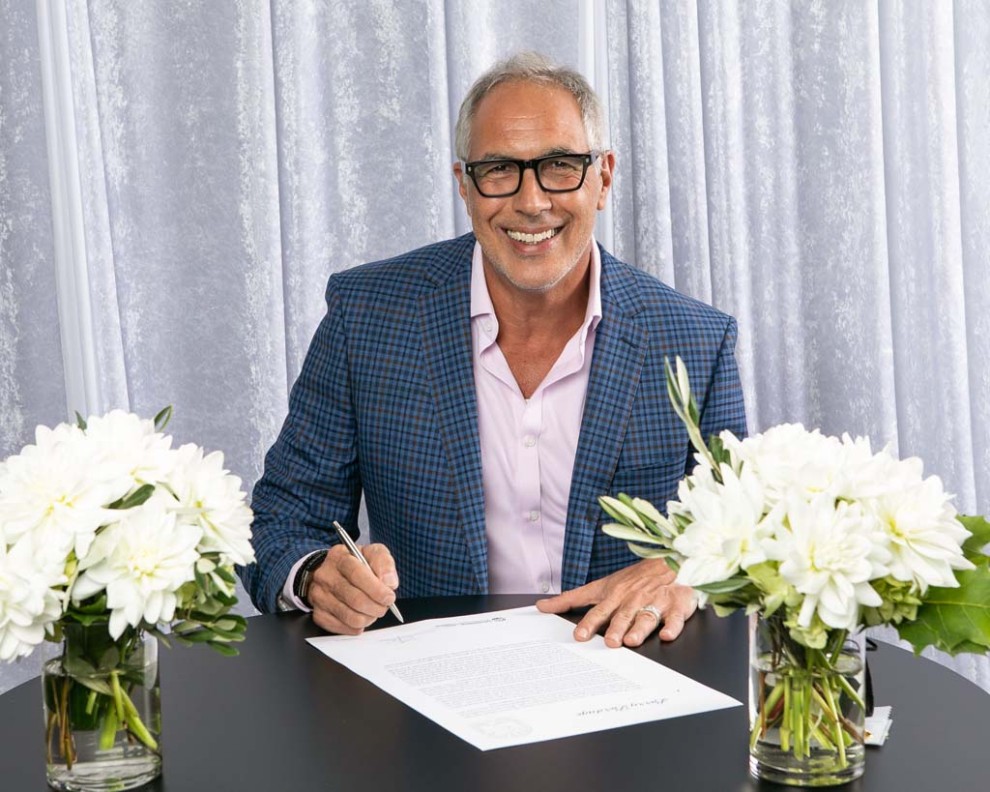 I like to tell people I was made in Morocco and assembled in Canada. My parents, Robert and Celia Berdugo, were very observant Sephardic newcomers to Canada in 1964. When I was born the following year, Sephardim were not yet particularly well-received in the established Ashkenazic community here, and so my father helped raise money to build their own congregation, Magen David.

During my youth, the Jewish community provided a great deal for me: I attended both Associated Hebrew School and Camp Northland on subsidy and spent almost every day after school at the JCC, since my parents were working. By my early twenties, I began to feel the need to give back. Missing my dad, who had died when I was twenty-two, I volunteered to be a Big Brother, and soon after, became involved in UJA. I co-chaired first the Young Adult Division, then the Young Executives and Professional Division, and finally, the Sephardic Division. I’ve also been a board member of the Reena Foundation for many years.

To me, philanthropy is not an abstract concept. The parents of my generation were charitable, and I was the beneficiary. And now, to realize some of my dreams for our current community, such as access to a Jewish education for every child, and elimination of below-the-poverty-line existence for twenty percent of our members, it is my chosen obligation to lead by example. One small step I have taken toward accomplishing that goal is the establishment of a fund at the Jewish Foundation.

There are so many sparks that ignite my involvement. My devotion to the Reena Foundation stems from the blessing of two healthy, active, teenage daughters, Jayden and Jessi, whose strong sense of Jewish identity, of chesed and tikkun olam, makes me so proud. My participation in and support of the Wexner Foundation, with its emphasis on strengthening Jewish identity and engagement through the development of strong Jewish leadership, is bolstered by first-hand knowledge of UJA and Federation programming, as well as the birds-eye view of the fight to combat anti-Semitism that my wife, Ivana, shares with me in her role as social media consultant. I am inspired by the example set by my mother, still a pillar of the Sephardic community, and my best friend, my sister, Karen, both of whom have maintained the important Shabbat traditions that continue to bind our family and help us “walk the walk” of a Jewish life.

Finally, I am motivated to pay forward to the next generation the many gifts I have received, because I consider myself fundamentally a product of our community. I am living proof of a system that works.