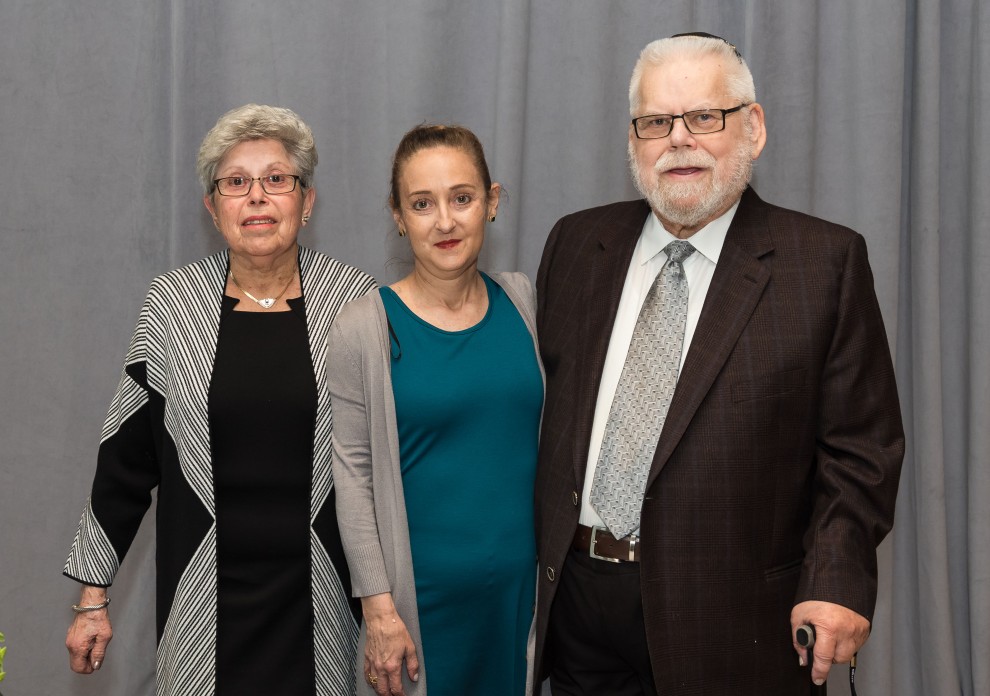 A moment in time. Two lives are forever changed. It is a blind date in 1949.

Jean and Harold first meet.  “I take one look at her warm brown eyes and her bright smile and I am in love,” recalls Harold.  By 1950, they are married.

Jean (Osolky) Bernholtz was born in Canada to Polish immigrants.  At two, her parents moved to L.A. to work in the theatre business.  Her father, Harry, took the family to Mexico once, to help establish theatres in Mexico.  While there, America entered WW II.  As her father was travelling on a Polish Passport, they were barred from re-entering the U.S. for three years, and Jean spent her formative years amongst Mexican Jews.

Jean’s grandfather, the late Yosef Osolky, is known for having brought Jewish scholars and Rabbis to Canada from Poland.  He was key in building the original kosher kitchen at Mount Sinai Hospital.  Jean’s mother worked for the war effort and for Leukemia Research, a disease that took Jean’s brother, Sidney, in 1970.

Harold’s father came to Canada in 1920 from Poland, where he had trained as a sausage maker.  In 1923 he established Union Kosher Sausage Manufacturers, which later became the iconic Toronto brand, Chicago 58 Food Products, now in its third generation.  Harold’s parents were ardent Zionists.  His mother was a founding member of Toronto Na’amat.  His father brought his parents, remaining siblings and their families to Canada.

For Jean and Harold, family is the core of an engaged, unified Jewish community. Their sons, Marty, Jeffrey and Teddy are devoted to philanthropy and community, which they credit as the direct influences of their parents and grandparents.    Today, Jean and Harold have twelve grandchildren and one great grandchild.  The family gathers weekly at their home for Shabbat dinner.

Jean has always been an active shul member.   She was President of Beth David’s Sisterhood and Women’s League Canada.  She also spent many years working with the CZF and Massorti.   In 2007, their three sons commissioned a Torah in their parents’ names for their synagogue, Beth David B’nai Israel Beth Am.

Another moment in time. 64 years after the blind date in 1949, when Jean and Harold met and fell in love, Harold is hospitalized for hip-replacement surgery in 2013.

The first Friday he could leave his bed, his daughters-in-law “cater” Shabbat dinner in the empty hospital cafeteria.  Their sons and grandsons move small tables and chairs, fashioning a long table. Though taking place in a hospital cafeteria rather than at home, the family shares their Shabbat meal together, celebrating with enduring love and thanks steeped in Jewish traditions and values.

Tears glistening in his eyes, Harold says, “Today you have made me feel like a king.”