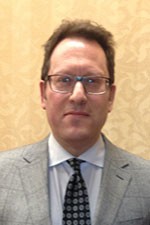 When it came time for me to evaluate my finances and to determine who will be the benefactors of my inheritance, it was crucial for me that charitable institutions be included on that list. Among them is the Jewish Foundation of Greater Toronto.

The decision was simple: It was my moral responsibility as a proud, practicing Jew but it was also a way for me to honour my family’s Jewish roots and to ensure the strength and continuity of our flourishing community.

My late mother, Edith Z"L, was a Holocaust survivor. She and her sister were the only members of her family that survived the war. My mother came to Montreal as an orphan and was eventually adopted. The Federation at the time played a part in bringing her there and setting her up with a foster family. It is befitting that now, when I am in a position to help, I can support an institution that was responsible for helping my mother.

I am also a strong believer of on-going giving and have been a supporter of many community charities over the years including The Simon Wiesenthal Centre and local synagogues where I attend services. I am a doctor by profession and I also feel strongly about supporting the institutions that helped further my career so I have also bequeathed a gift to McGill University, from where I received my medical degree, and to the local hospitals where I work.

In addition to the individual charities and institutions, I also choose to donate to the Jewish Foundation of Greater Toronto. This ensures that funds are efficiently dispersed to a wide range of much-needed Jewish charities in Canada and in Israel.

We live in a thriving community and we are part of a greater society filled with privilege and comforts. Very often we fall into a materialistic mode but a spiritual mode is so important. Tzedakah elevates the soul and it should be a guide in life for everyone. I subscribe to this way of living and hope that my legacy will inspire others to do the same.