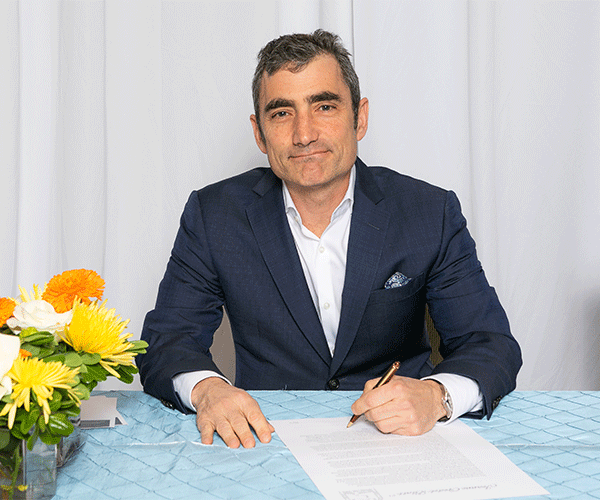 Our wonderful mom, Joanne, whom we lost in July 2017, was a woman of many talents and outstanding personal characteristics.  She was genuine, passionate and morally unsurpassed in her ethics. Professionally, she was so highly regarded in her business development work at Corus Entertainment that the company created The Joanne Godel Award of Excellence in her memory. But if you had asked her how she would like to be remembered, she would have said without hesitation that her most important role was as a mother devoted to her family.

Joanne Godel-Blatt grew up in Montreal, the daughter of Deanna and Sydney, older sister of Bonnie and Lenny. She was immersed in the culture of a large extended family that celebrated the Jewish holidays together and gained a deep sense of community through her schooling at Bialik and several trips to Israel starting in her teens.  She also spent a year at Hebrew University and at one point considered staying in Israel.

She met our dad, Warren Blatt, at university in Montreal, and after they married, they moved to Vancouver and finally settled in Toronto, where she continued the family tradition of large holiday celebrations.  Jewish education was always important to her, both for herself and for her children.  While we were studying at Leo Baeck, she continued her own deep learning about growth through Torah and the art of prayer.

Mom’s philanthropy was an intrinsic part of her nature. She preferred her impact to be thoughtful and direct rather than simply writing a cheque.  Strangers would be invited for Shabbat dinner, people in need on the streets were never ignored, and she participated in Holy Blossom’s Out of the Cold program. As we reached university age, she wanted to be involved in Hillel on campus and JIAS was another particular interest of hers.
In later years, her driving passion for Israel became more pronounced.  Though Israel was at war in 2014, she felt it was important for Oliver to keep his plans of travelling there as part of the UJA Diller Teen Fellowship program, and also planned a family trip that same year to support Israel while other tourists cancelled their visits. In 2015, she travelled there again as a participant in the Jewish Women’s Renaissance Project. One of our family’s greatest experience was hosting Mayaan; a shin shin from Haifa.

Our mom’s reputation as a fabulous cook was an essential part of her personality, tied to her devotion to family and friends, enmeshed in her inherent warmth and generosity.  So, Georgia’s idea to honour our mother by cooking and compiling her recipes seemed a natural fit.  Friends tested the recipes and contributed stories, and others helped with layout and marketing. Dodo’s Delights was published in June 2018 and the funds raised from its sale have helped to establish the Blatt Family Fund in memory of Joanne Godel-Blatt, which today supports various charities.  This Fund, instituted to serve the community she loved, would have pleased our mom enormously.

As written by her children, Georgia and Oliver Blatt