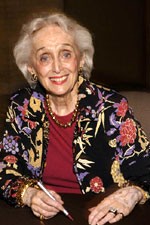 Florence and I, following the pattern set by our parents, believe strongly in family, community, a secure Israel, and “giving back”.

My parents, Abraham and Toba, immigrated to Canada from Eastern Europe around 1912 in search of a safer and better life. They met and married in Toronto resulting in five children.

Florence’s parents arrived in North America around 1923 and settled in Buffalo, NY. Her father, Adolf, a captured Austrian soldier following WWI, was sent to Siberia by the Russians where he met and married Florence’s mother, Sara. Florence was born in Harbin, China, the eldest of four children.

Our family believes in the rule of the three “T”s – the sharing of one’s Time, Talent and Treasure. Florence and I have hopefully personified that rule for our children, ten grandchildren and their spouses.

Based on my experience in engineering and business, I have served as volunteer Building Chairman for Baycrest Hospital, Co-Building Chairman for the construction of the Mount Sinai Hospital and the recently built Baycrest Apotex Centre. I was also on the building committee of the new Canadian Opera Centre.

Florence, similarly has served as a volunteer for many years at UJA, Mount Sinai Hospital, Baycrest, Reena, the Renaissance Addiction Group and others. Our daughter, Tobie Bekhor, has carried out volunteerism to the extreme. Amongst her many volunteer positions, she was the President of the Mount Sinai Auxiliary and subsequently President of the Baycrest Auxiliary to name but a few.

Our two other children Lynda and Richard have been volunteers at Baycrest, Reena, Canadian Technion Society and many other fundraising events and programs.

Treasure, the easiest of all the T’s, has led us to provide financial support to Mount Sinai Hospital, Baycrest, United Jewish Welfare Fund and the Tomorrow Campaign, Sunnybrook Hospital, Reena, University of Toronto and Technion University in Israel, amongst others.

Florence and I believe we and our family have the responsibility and in fact the obligation, as should all of us, to do the best we can in whatever way we can to lend a hand to those who are less fortunate than ourselves, to further and make possible education on all levels, and to help strengthen and build a secure Israel.