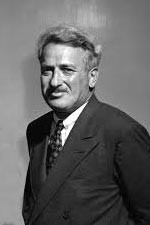 What began as a life similar to many other Russian-Jewish immigrants at the turn of the twentieth century, my father’s amounted to something rather uncommon and unprecedented. He blazed trails through much of his life as both a politician and as a Jewish Canadian. His political achievements began when he was elected Mayor of Windsor, the same city in which he settled when his family came to Canada.  He attended law school at Osgoode Hall, and eventually forayed into provincial politics, which resulted in the relocation of my family to Toronto.

I was the eldest of three daughters, Crystal Hawk and the late Sandra Papsin Z"L, and my beloved mother Sara Z"L (referred to mostly as Sally) was for the most part, the sole parental figure to us girls with my father’s many absences due to his numerous public and official commitments.  My mother was an incredibly strong and capable woman and, in many respects, raised us on her own. A typical example of this was when my father, then Mayor of Windsor, enlisted in the army at the onset of World War Two. He was in his mid thirties. He did not return for nearly six years. This scenario would play out for the rest of his life, as his political commitments would take him across the country and eventually have him residing partly in Ottawa as he would become the first ever Jewish Senator appointed for life to the Canadian Senate.

As a family, we recognized the trade off of not having him home as much as we would have preferred. He was committed to his public life and to his people. This was where he thrived and this was where he succeeded.  His public persona boasts a legacy that few can match today. He lead in the writing of and presented the findings of various commissions on such topics as poverty, guaranteed annual income, aging and retirement without tears.

Throughout this very public life, my father maintained a close tie to his Jewish roots. Until my grandfather passed away, my father would travel to Windsor every Yom Kippur to sit with him at synagogue services. He became a member of Beth Tzedec in Toronto. He also had a strong love for Israel. It was only natural that when he died, he left the majority of his estate to several charities, among them, UJA. The very public persona that defined my father lives on even after his passing because he planned to help various charities, many of them causes he was intimately connected to during his lengthy political career.

As told by his daughter, Eunice Mouckley