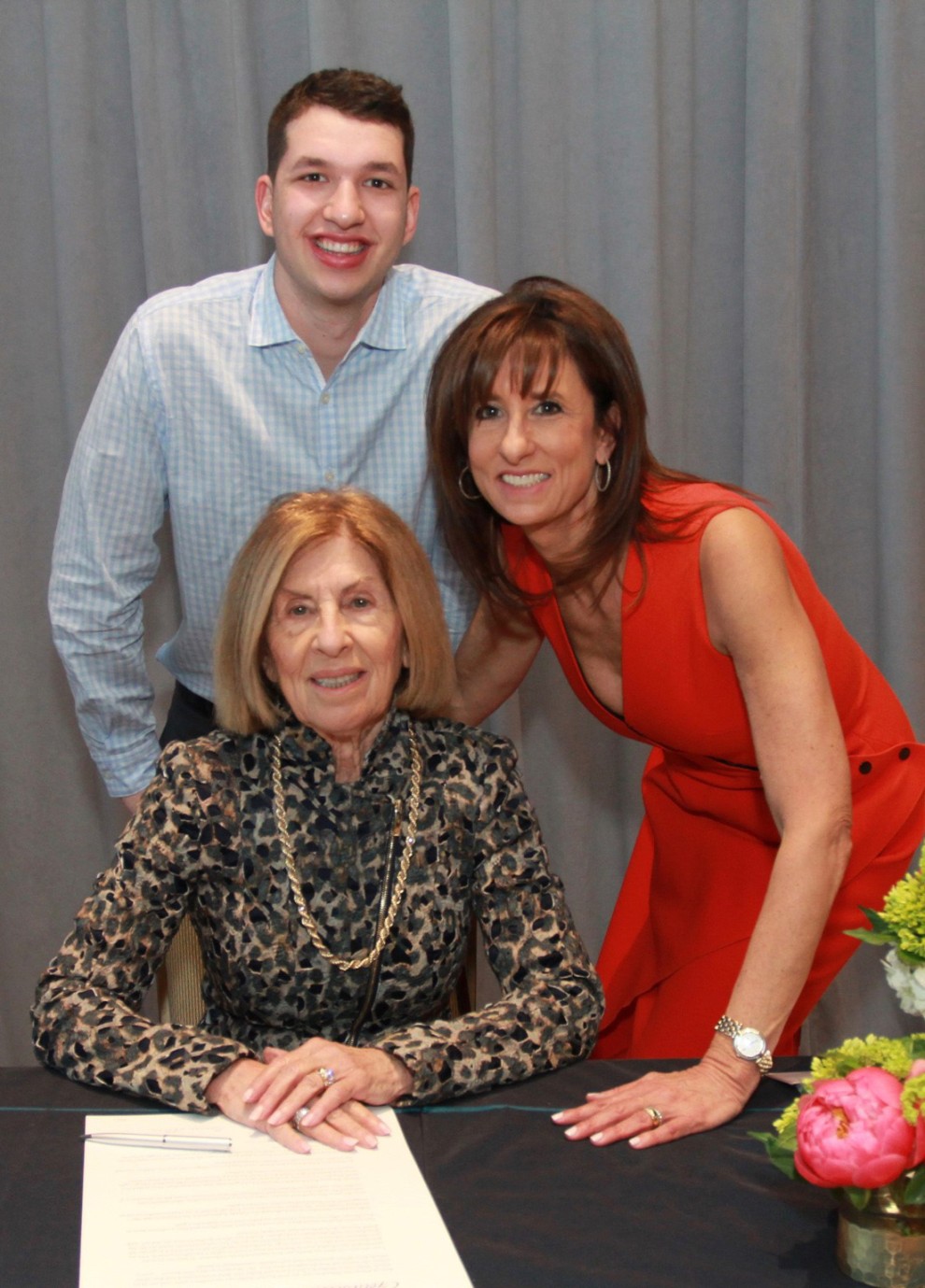 Born in Klimentov, Poland in 1918, my aunt Ruchel (Ruth) was my mother’s sister and one of six sisters, Matel, Getel, Malka, Ruchel, Chana and Rivka. Her story is intertwined with four of her sisters who remained close throughout their lives. The ‘Shvesters’ as they were known – were a sisterly force of love, generosity, and unbreakable commitment to family.

I was one year old when my family was first impacted by the Holocaust. To save our lives, my parents and Aunt Ruchel went to Warsaw to map a route to safety. I was left temporarily with my grandparents and when it was time to go, Aunt Ruchel risked her life to travel back to get me. My grandparents refused to come and wouldn’t let me go. She insisted and literally saved my life. My grandparents sadly perished in Lodz ghetto. Ruchel was able to do that because she did not “look” Jewish because she had blonde hair and spoke German.

Our route to freedom wasn’t direct. We went to Belarus, then Siberia and then a collective farm in Kazakhstan, where we survived because my father sold some clothes for a goat.

Sadly, my father died before we eventually made it to Canada. Ruchel came to Toronto first in 1948. We joined just months later.  My mother was a widow, so we lived with Ruchel. To say I had two mothers is not an exaggeration. Aunt Ruchel and my mother raised me together.

Over the years, they saved and saved in order to have a place to live where other tenants were welcomed. No matter how tiny, cramped and frugal the space, everyone always felt an abundance of comfort, love, and safety in Ruchel’s home.

Always dirt poor, Ruchel and the ‘Shvesters’ had a generosity that was boundless. They worked in a sweat shop for mere pennies, yet they managed to raise a great fortune of $6,000 from a bingo night ritual and donated it all to Israeli forces. Aunt Ruchel was honoured with a tribute plaque in her name in one of the Israeli recreation centres for soldiers.

Ruchel married Simcha Goldstein but she never had her own children. We were her children: me and my cousins, and eventually our children and grandchildren.

I established a Jewish Foundation Fund in Aunt Ruchel’s name. She had an enormous impact on me, my children and grandchildren. With her boundless strength and generosity she taught us how to live, love, be strong, and be family.

Her legacy will be felt by generations to come.