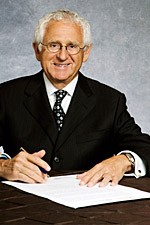 I am a child survivor of the Holocaust. Born as a Jew in Poland in 1942 I was raised Catholic just to survive. Instead of feeling joy prior to my birth, my mother was experiencing the horror of the Holocaust. My father had already been taken to a concentration camp and whole Jewish communities were destroyed mercilessly without a second thought. I was just a newborn when my mother and I took refuge with a Polish family, the Ziolos. As it became increasingly dangerous, my mother felt she must leave. She left me in the care of the Ziolo family and she joined the underground Polish resistance. The Ziolos raised me as their own for three years, taking extreme measures to save my life, risking their own every day. I owe them a tremendous debt that can never be repaid.

My parents survived and when the war was over we reunited in Germany. We immigrated to the US in 1948 and to Toronto, Canada in 1958, where I have lived ever since. My aunt and two of my uncles also survived the concentration camps. They survived, but nearly 90 percent – i.e. 1.5 million Jewish people-- in Poland alone did not.

Being a survivor of the Holocaust is sadly a part of our cultural legacy. These are scars that will never be erased or healed. But there are also triumphs. Many went on to rebuild productive and fulfilling lives. But can we ever forget? Should we ever forget? Some survivors tried to bury the past. My parents always found it too difficult to speak of their experience. But my uncle, David Zuckerbrot, chose to speak of it every chance he got — at schools, groups, events, etc. He never stopped believing in humanity and never let bitterness about the past get the better of him. He understood how important it was for our stories to be told.

My uncle inspired me by his example. Like him, I do my best to speak out, contribute and honour the legacy of the six million Jews who perished. You don’t have to be religious to be a mensch in this community – I am living proof of that. My own Jewish identity is defined by values of acceptance, tolerance and understanding – not just for our own community but for all races. To be a Jew is to be a citizen of the world – we must be in it together.

While my Tzedakah is focused on Holocaust education and commemoration, my message to the next generation is that we must never forget. But remembrance alone isn’t enough. Each of us must also act, speak out, and provide financial support to the causes that will protect our future. If not us, who will?