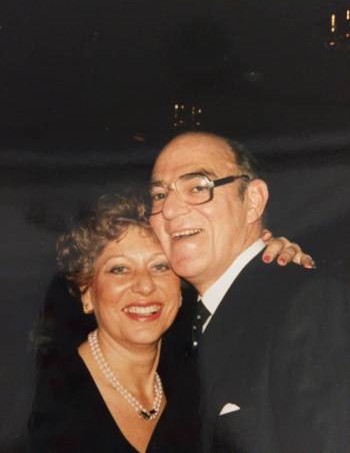 Philanthropy, for our parents, was always about doing the right thing but quietly and with little fanfare.  For them though, charity, truly began at home as their family was their most important cause.

Our mom, Loretta, grew up in Biggar, Saskatchewan, home to only two Jewish families.  She had a limited Jewish upbringing, with almost no opportunity to participate in any kind of Jewish community.  That may be why it was so important that her and our father’s children attend Jewish day school.

Our dad, Harold, had a secular upbringing but as he and our mom raised their family, Jewish traditions became very important to maintain. Weekly Shabbat dinners, annual Seders lead by our father at their house, Rosh Hashanah luncheons, and celebrating all other major holidays as a family was the norm. At each grandchild’s bar or bat mitzvah, the grandparents would celebrate by presenting them with a talit; a gift from both those present and those there in spirit.

Our parents’ greatest legacy to the four of us, as well as our children, is that family comes first. Being there always to support each other both for happy and tragic occasions, is a core value that was instilled in all of us.

They taught this important Jewish value by example, to the end of their lives, by hosting both Friday and Sunday night dinners for all their children and grandchildren, David, Carli, Joel, Seth, Jaimie, Jeffrey, Jonathan, Jake, Simon, Kellie, Lauren and Julie. These twelve young adult first cousins, because of the influence of their grandparents, are so close, and such good friends and supports to each other, that we sense our parents’ loving touch in all their grandchildrens’ interactions.

Besides being extraordinarily involved grandparents, our parents were extremely committed to their synagogue, Habonim, for more than forty years, with all our family life-cycle events occurring there.

Our father was a very quiet, understated giver.  He and my mother bought Israel Bonds almost from their inception, and added to them when they sold their house once we children had grown. They supported Israel, Baycrest and UJA each year, but in a humble, unassuming way, with no expectation of anything in return. A Fund at the Jewish Foundation, in support of United Jewish Appeal, seemed to them an ideal way to sustain Jewish life and the vibrancy of Israel.

The gifts of time, support and love of and for family and commitment to Jewish traditions are the legacies they’ve left to their offspring and ones we will honour through future generations.