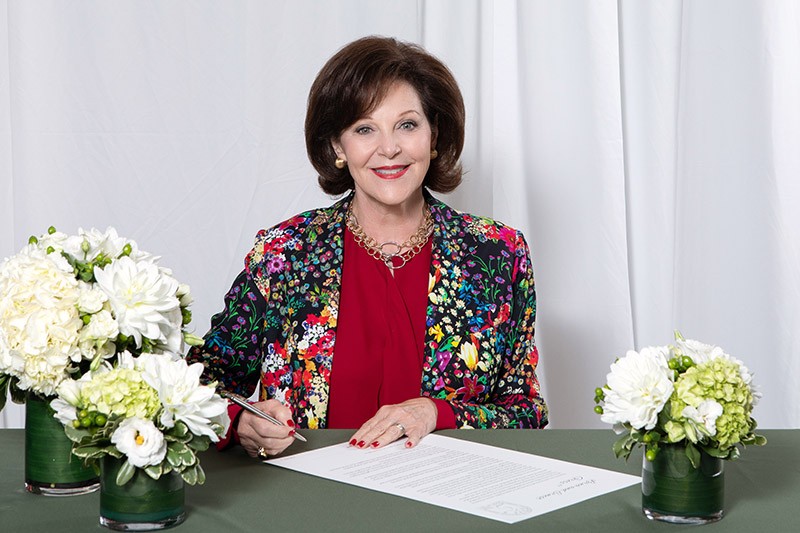 My parents, Lorna and Ernie (Ernest) Gross, were born in Canada. My father was born in Toronto on June 23, 1920, and my mother was born in North Battleford, Saskatchewan on May 23, 1927. Both of her parents were born in Winnipeg, Manitoba. Growing up, my two younger sisters, Barbara Rother and Dona Grosser, and I, knew all our grandparents, great aunts and uncles, aunts and uncles, two generations of cousins, and two great grandmothers. We had no idea how lucky we were!

My parents met on a blind date but only got involved romantically several years later, after a chance encounter at a bus stop. I was born eleven and half months after they married, and my two sisters followed. One of my first memories is sitting in my parent’s bedroom window, at 17 Warwick Avenue, and watching Beth Tzedec Synagogue being built – I was in the first nursery school class! Our summers were spent at Balfour Beach where all 65 cottages were owned by Jewish families. All the kids went to Camp Katonim. At both the cottage, and at home, 3 generations of family celebrated elaborate Shabbat dinners together, and all the Jewish holidays. Yiddish was rarely spoken, and only when no one wanted the “kinder” to understand the conversation.

My father went to cheder and Jewish summer camps. As my mother did not have a formal Jewish education, she made sure her three daughters went to Hebrew school, and one sister and myself had Bat Mitzvahs. In her sixties, my mother received the Jewish education that was so important to her, and at 65 she had a Bat Mitzvah!

My paternal grandfather and grandmother were philanthropic and supported Jewish causes. My grandmother was also active in Hadassah. There is a treasured photograph of my grandparents in Israel with Ben Gurion; just the three of them. My father and mother were charitable as well, and taught us the importance of Tzedakah. Whenever my dad was looking for a new employee, he turned to Jewish

Vocational Services (JVS) first. And for her whole married life, my mom was an active member and a past president of the Israeli Chapter of Hadassah.

My childhood was different from most of my friends. We did not belong to tennis or golf clubs. My father was one of three Jewish Mounties during the war. He was an avid outdoorsman, and president of The Revolver Club. I grew up knowing how to bait hooks, clean fish, and shoot, while my mother took me to ballet, piano, elocution lessons, and modelling school for poise.

My parents and grandparents felt deeply connected to both Jewish and Canadian identities. Establishing a fund in my parents’ names contributes to the evolving fabric of our vibrant community that they helped build.

As told by their daughter Lesley Binstock Offman.