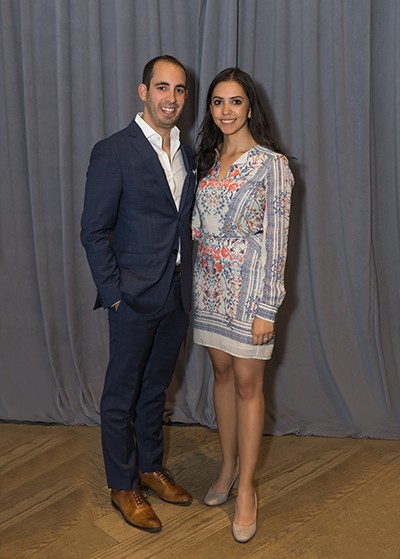 Robbie Handelman was raised in a home where philanthropy was a part of Jewish life; his parents and grandparents led by example. Given that background, it made absolute sense to him to set in motion a mechanism for giving that would perpetuate and generate returns forever.  But he credits his wife, Jessica, with elevating his thinking and views on the giving of tzedakah.

Jessica’s family emigrated from Lebanon, and taught their children through Pirkei Avot, the values of kindness and caring for one’s neighbours.  Jessica came to believe strongly in ma’aser, the fundamental Jewish principle that ten percent of one’s income belongs not to oneself but to others. Once she started earning some money, she developed a spreadsheet to track her ma’aser, and began giving it to her father to donate to their shul. Her example made Robbie realize that it is in everyone’s power, no matter their age or stage, to take action to help the community.

Jewish continuity remains a major concern for Robbie and Jessica; they hope that by investing and making changes to the community today, they can contribute towards building a strong and vibrant Jewish Toronto of tomorrow. They also feel that our community cannot take for granted the Israeli citizens who risk so much every day to ultimately ensure the freedom and standard of living that Jews enjoy in Canada and throughout the world.

By setting up a Fund at the Jewish Foundation, this forward-thinking couple is delighted to have chosen a path that will allow them to support the Jewish community in perpetuity, a scenario that appealed to them both.  It is their dream that their future children and grandchildren will take pride in continuing and nurturing this foundation, will remain strong in their identities as Jews, and will always remember their duty to support their community and those in need.