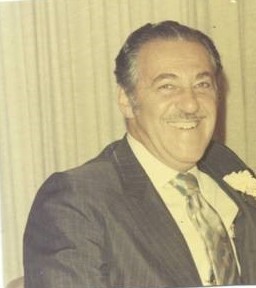 W. Bernard (Bernie) Herman was born on March 31, 1911 in his parents’ flat above a downtown Toronto branch of the Royal Bank. His father claimed that Bernie was his first deposit — and for his entire life Bernie banked at the Royal.

His parents, Rose Scop and Joseph Herman, fled Czarist Russia at the turn of the century and settled in Toronto.  They were determined that their two sons receive a good education. Each graduated from the University of Toronto and Osgoode Hall Law School and in the depth of the Depression, Bernie and his older brother Murray, established the law firm “Herman & Herman.”

Bernie’s law career was short-lived.  Recognizing that automobiles were here to stay, in 1937, he and his uncle Max Gold purchased land across from the King Edward Hotel and it became their first parking lot.

Citipark grew into Canada’s largest parking company and later became Citicom, a real estate development company, with Bernie at the helm. Widely admired for his business acumen, acute memory and boundless energy, Bernie’s astuteness at the boardroom table never left him.  Hard-driving and brilliant, he enjoyed success as owner and manager of real estate until the end of his life.

Bernie was a sportsman with a keen interest in sailing and golf. He competed and won sailing races on the Great Lakes circuit, and his racing yawl, Bonaventure V, acquired fame as a champion in international waters. A tenacious golfer, well into his 90’s, he could be seen on the practice range hitting balls for hours. His first hole-in-one was made at age 83, and his second, three weeks later. When asked about this possibility, Bernie replied: “After the first one, I knew how to do it.”

He served Toronto’s Island Yacht Club as Commodore and Oakdale Golf and Country Club as President.  As a community leader and philanthropist, Bernie raised funds for the United Jewish Welfare Fund and the State of Israel Bonds’ campaigns, and later served on U of T’s Governing Council. For many years he chaired York Finch General Hospital, now Humber River Hospital and he became the founding chair of their Foundation.

Passionate about people, Bernie had friends of all ages, all stages, all stations in life. He respected young people, never preaching or pontificating, for he truly cared about their thoughts and ideas.  Renowned for his energy, his charm, his warmth, his sense of humour, he regaled friends and family with stories and jokes that always fit the occasion.

Bernie was married to Allie for sixty years until she passed away, in 1993. A devoted husband, father, grandfather and great grandfather, he was a man well loved.  Bernie Herman lived a full, productive, vigorous life and he died in 2011, one week after his 100th birthday.

As written by his daughters, Carole Herman Zucker  and Wendy Eisen