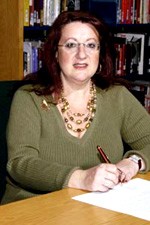 In my family we believed that the giving of one's time and finances to the community was the link to maintaining a healthy and vibrant Jewish world. As a lower-middle class family of five, giving was often a struggle but as a basic tenet of our values, it was always a must.

Role modelling was key to the way my siblings and I were brought up. My father Z"L was our "Jewish, man about town". He canvassed for UJA and was president of our shul for many years.

My mother was a B'nai Brith lady working tirelessly on projects such as the Second Helpings Cookbook and performances at senior's residences. Their hectic schedules opened the door for my entrepreneurial spirit. I learned early that I could charge my parents 50 cents per hour to baby-sit my kid brother and sister so they could go out to their many meetings.

My parents understood that the secret to a strong Jewish community was in the future. They had a very clear-cut commitment to our synagogue and wanted to help it obtain financial independence.

They took the opportunity to open a day camp operating out of the shul, and for ten years were able the help the shulatta in its fiscal goals. It was a family affair. Mom was the director; dad did the books and my brother, sister and I worked as staff. It gave me a very comprehensive understanding of what real tzedakah was: giving of one's time and money and also creating opportunities for those who needed a job— we all worked for the camp and were not dependant on the community. It was also apparent that our work would have a lasting legacy. The building would be paid off and the shul would be a part of the Jewish lives of generations to come.

My hope is that my legacy will have a similar impact. That in some way, what I am doing today will continue to ensure that those who come after me will have the same opportunities - to live, work and play in a strong Jewish community.