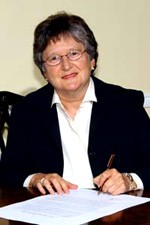 How does tzedakah become a part of your life? For me, its origins can be traced to my home. It was not formally taught, but it was shown every time the doorbell rang at 160 Strathearn Road, where I grew up in the 50s, 60s and 70s.

In those years, people seeking charity for Jewish institutions in Israel or for needy individuals, traveled to Toronto and knocked on doors for donations. When the door opened and the mostly black-hatted, bearded gentlemen appeared, my father was summoned. He invited each man into the house, listened to their stories and then reached into his pocket or wrote a cheque. No one was ever refused.

In later years, when I found myself canvassing my neighbours door-to-door for the Cancer Society, I observed that the notion of tzedakah in the general population was either forthcoming or it wasn't present at all. Similarly, in fundraising for UJA Federation, I saw that there were many in the community who never donated at all.

And now, when I think about "last acts of giving,"I give because my parents showed me how and I give partly for those who don't know how.