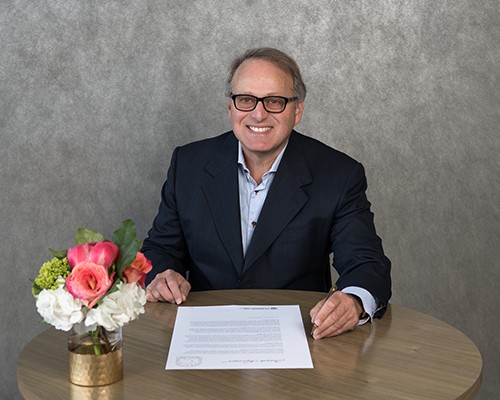 My beloved uncle Joe, fondly called “Yossel”, was born in Stopnitze, Poland in 1924 and was fortunate to have emigrated with his parents in 1930, narrowly escaping the atrocities of the Holocaust. They settled in Toronto but his parents remained well connected to their Polish roots by being active leaders of the Stopnizer Hils Farein Society.

Uncle Joe graduated as a Chartered Accountant in the late 1940s and went on to develop a number of successful community shopping centres in Toronto.  He believed that each and every one of us has an equal responsibility to provide leadership and tzedakah to our greater Kehilla (community) and to the State of Israel.

He led by example, not simply by writing cheques, but by getting involved on boards and committees and sharing his insight, expertise and opinions.   In many respects, he was ahead of his time with visionary ideas and an infectious personality that made people listen. With a list of beneficiaries including synagogues, hospitals, universities, schools, and Jewish camps, Uncle Joe just wanted to help others and pave the way to be a better place for our community.  He received many awards and tributes, including two honorary degrees. These honours never took him away from the values, family and friends he cherished.

Uncle Joe attended synagogue Shabbat services weekly and was a Torah reader who studied regularly. Continuous acts of kindness, gemilut chassadim, encapsulate who he was. He was a staunch supporter of Israel and loved to visit as often as he could, finding new insights of its past, but was even more drawn to the incredible technological advances accomplished by the tiny State, transforming itself into a ‘Start-up Nation’.

For all of these achievements, it is befitting that my dear Uncle Joe established two very important funds at The Jewish Foundation which will ensure that annual programs that he initiated and, which were dear to him, remain for the greater community for years to come.  It not only allows his wonderful legacy to carry on, but it also allows for his generosity and goodwill to be documented for others to learn from. The funds will have a lasting impact on so many, just as he was able to do during his lifetime.