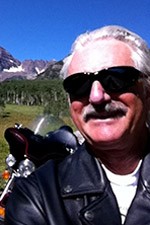 My parents were both liberated from camps in 1945 and married shortly after in Germany. I was born there in 1947, but came to Toronto with my parents at the age of two. My sister was born here.

We did not belong to a shul and we did not have a very religious home. I think my father questioned his religion after the war, yet he and my mother always maintained strong Jewish values. They were very committed to providing me with a Jewish education and sent me to the Eitz Chaim school and to the Peretz Shul, which they were both very involved in.

My parents spoke Yiddish and were part of a very close-knit, nurturing Yiddish community. No one really had anything, yet everyone shared what he had. My parents borrowed $100 from about 40 different people to buy their first home. Everyone in the community helped out.

My wife, Geri, came from one of the founding families of Temple Sinai. We joined the Temple and our two daughters both studied there on weekends and had their Bat Mitzvahs there. Jewish values were a very important part of raising our kids and my parents helped shape that part of their lives as well.

Charitable giving was always very important to Geri and me,and we always responded to the many requests we received each year. After a while, we thought it would be nice to have a fund that would always allow us to give. We just felt that it was the right thing to do.

Our kids are now 28 and 25. They know that we give and how important it is to us. Geri and I were both influenced by a community of people. Hopefully we can pass that down to our children and to their children.