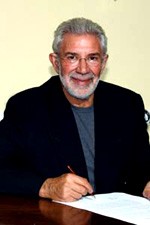 When I was growing up, I encountered a tremendous amount of anti-Semitism — from adolescent confrontations to exclusionary clubs and general prejudices. Because of those experiences, I formed the basic theory that you had better remember you're Jewish, because if you don't, someone is going to remind you in a way that you're not going to like. For me "remembering" means being actively and overtly Jewish, and part of that proactive attitude includes an obligation to support Israel.

The founding of Israel and her early actions, military and otherwise, changed the prevailing perceptions of Jews. The Jewish people became a nation that was not to be pushed around. Israel became a source of strength and unity from which every Jew could draw no matter where they lived — from the heart of Jerusalem to a town in the Canadian prairies. To support Israel is to help safeguard the continuity of our people everywhere.

I also feel a very strong sense of obligation to the Toronto Jewish community, which has been very accepting of us since we moved here from Winnipeg. Shortly after I arrived in Toronto, I gave my first radio interview regarding my new posting. As I recall, the market closed at four o'clock, and by fivethirty we had an invitation to a community event. Since that time, 25 years ago, my wife, Karen, and I have had the opportunity to participate in various committees and campaigns, and I am confident and proud that our children will continue to act in that philanthropic spirit. In addition to the legacy that we leave through them, I want to ensure firsthand that our support continues on a perpetual basis.