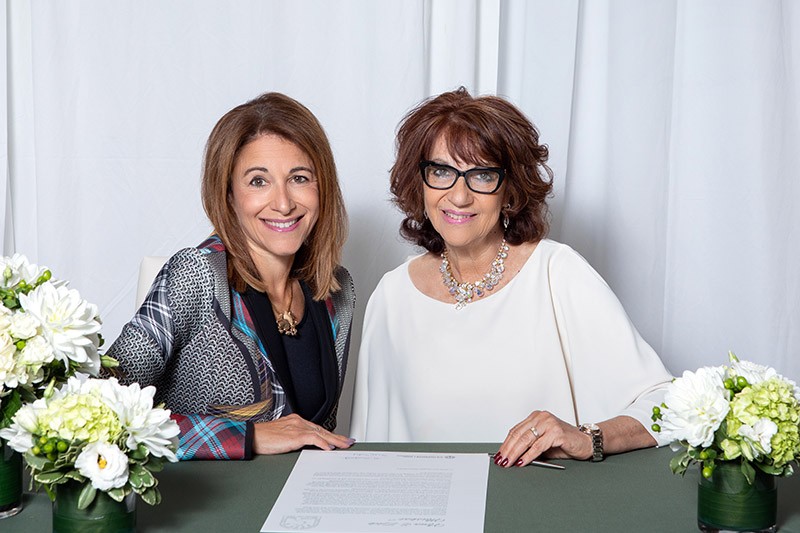 L’chol eesh yesh shem - Every man has a name. This is the title of a well-known poem written by Israeli poet Zelda and is recited annually on Yom HaShoah – Holocaust Remembrance Day. It is precisely for this reason that I am inscribing my beloved parents’ names in the Book of Life. One, so that their names will forever hold a rightful place in the legacy of our community and, two, because they were Shoah survivors.

My parents’ names were Nina and Zelik Muskat, of blessed memory. They were two incredible people and one formidable team. Their early lives were devastated by Hitler and his plans to annihilate the Jewish people. My mother fled from Kiev to Siberia but was forced into a labour camp. My father was conscripted into the Polish army, which fought as part of the Russian army. Both survived and both endured DP camps and an eventual arrival in Toronto where they met in 1950. They were determined to build a new life together and it was that incredible strength and perseverance that shaped me and my two older siblings. I am so proud to set up a fund in their honour so that their names will always be included among the many, many names of those who did something for our community and our People.

My parents were deeply committed to providing their children with a Jewish education and a Jewish camp experience, but this was only possible thanks to dollars from the organized community. I was able to enjoy the benefits of Jewish experiences thanks to others’ generosity.

While my parents were not in the position to donate significant sums of money to charity, they were philanthropic in their own way and instilled in their kids the sense of giving back, through volunteerism and involvement. They really emphasized community engagement and Tikkun Olam. My dad passed away in 2009 and my mom in 2021. They would be so proud to know their names and their story will forever be a part of the greater story that constitutes this vibrant and diverse community.

Their story serves as a reminder that even those that came with nothing can still do something for our community. They believed no Jew should go without. I have been happily married for many years to my husband Miles Kettner and we have two wonderful children, Benjamin and Samantha. But I chose to keep my surname because I was always so proud of my parents and their story. Holding on to

their name is another way I can honour them and carry on their inspirational story.

As told by their daughter Melissa Muskat.