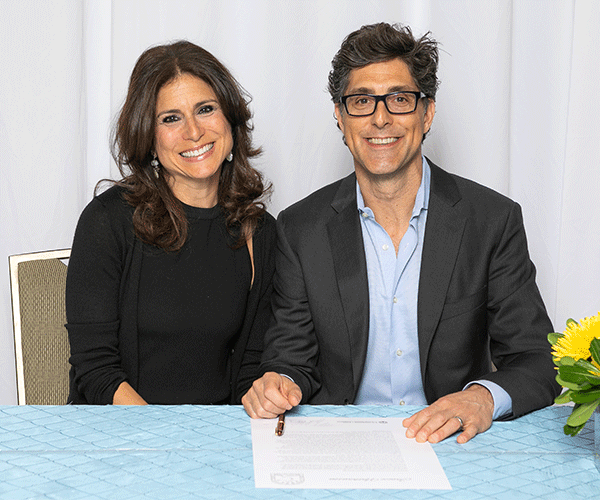 Philanthropy has always been a big part of my life.

I had good role models. My father Monte, a product of the Peretz schools, became at 30-years-old Winnipeg’s youngest chair of the UJA Campaign.  He would later become President of the Jewish Community, Chair of Canadian Friends of Hebrew University in Winnipeg, a representative of the university’s International Board of Governors and a director of many of Winnipeg’s boards in medicine, theatre and education.

My mother, June, took every chance to help someone who needed it. I would come home from school more than once to find my closet emptied because she had donated my clothes to the Hadassah Bazaar! She settled Russian immigrants when they came to Winnipeg and brought them into our home and our lives. Perhaps more importantly, her kindness was in the everyday. She never walked past a homeless person. She paid the tuitions of children she knew so they received the best education. She never let her kids’ friends go without.

At eighteen, I moved to Toronto. One summer I studied at the Brandeis-Bardin Institute Camp in California with Dennis Prager. Later, I volunteered for Hadassah, championed women’s studies at the Hebrew University of Jerusalem, sat on the board of Kolel, co-chaired the Business Division of UJA and served on the executive board of my daughter’s school, Robbins Hebrew Academy. I was fortunate to be selected for the Wexner Leadership Institute. My sisters, who were living in the U.S. and had joined Federation’s National Young Leadership Cabinet, invited me to join as well. I became its first Canadian member. I also work in the broader community. I am a Director of Families Canada, an organization dedicated to helping at-risk children and their families.

I think the biggest challenge facing Judaism today is, sadly, anti-Semitism. It’s shocking to me because I grew up in a time when things felt safe. When I was born, the Holocaust was only 18 years behind us, yet we seemed to live in a world of acceptance and support.  But racist incidences have spiked by a large margin both in Canada and around the world. I just read a statistic that in New York, hate crimes rose by 72 percent in 2019. Most of the crimes were against Jews.

My husband, Joel Prussky and I do whatever we can to teach our daughter, Kate, Jewish values.
We give tzedekah every Friday. We open our home to Israeli soldiers whose lives have been burdened by war and tragedy. We host Shinshinim to bring Israel just a bit closer. We deliver Passover boxes to those who might not be able to celebrate without them. We participate in international development programs so Kate can see a world beyond.

We hope what we do inspires Kate, and that she becomes passionate living life as a Jew proudly
and responsibly.