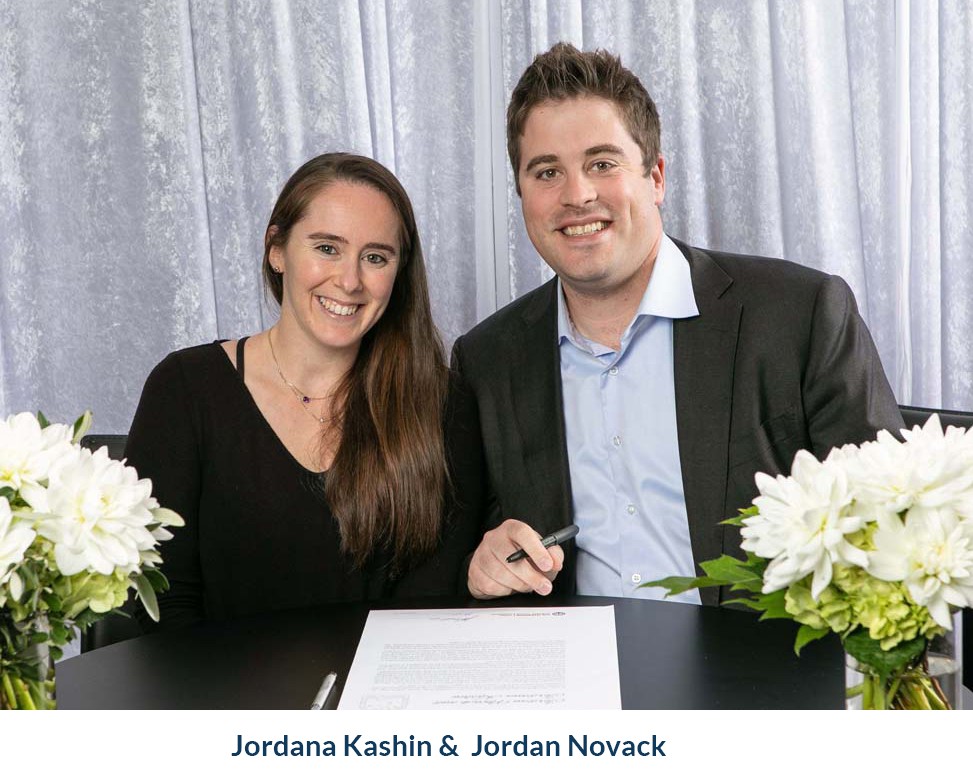 In 2019, when Jordana was pregnant with our son, Ari, I travelled on the March of the Living—to Auschwitz and then Israel. Being there, standing on that train platform, really brought home to me what it means to be Jewish, as well as how important it is to support Israel, now more than ever.

I am the grandson of survivors; I was named for my grandfather’s brother Simcha Mozes, whom he watched being marched off to the gas chambers in Auschwitz. My grandparents, Leslie (who part of the Hanoir Hazioni Zionist movement) and Miriam Moses, met on their way to Israel with nothing and made a life for themselves. They eventually moved from Israel to England, and from there to Canada. It is hard to hear their stories, but for Jordana, the history of both sets of grandparents has been an inspiration. Understanding how they built such community for themselves in Toronto and inspired in me passion for being involved and volunteering my time has deepened her own desire to help others however possible.

Both of us attended Hebrew day school, so Judaism has always been an important part of our lives. And we have both always volunteered—Jordana with homeless initiatives, and me at schools and synagogues. Currently, I sit on the UJA Foundation Professional Advisory Board. For us, Tzedakah is so much more than a monetary contribution: it means time.

For me, it is significant to follow in the footsteps of my grandparents, who also inscribed themselves in the Book of Life, and Jordana feels that doing so is our first opportunity to make a meaningful monetary contribution that will have impact for generations to come. Many donors wait until they are older and well-established, but we decided to initiate a legacy donation while we are just starting our life together. We both feel that we want our son—and hopefully future children—to learn about Tzedakah and participate in this mitzvah while at a young age, and to understand how this legacy will grow over time.

We would like our children to be openly, proudly, and presently Jewish, to be unafraid to stand up for our values. Jewish continuity is so vital, and maintaining it means educating the next generation about the importance of Israel and the necessity of standing up against antisemitism in Canada and globally. The earlier we can instill this in the next generation, the better it will be.