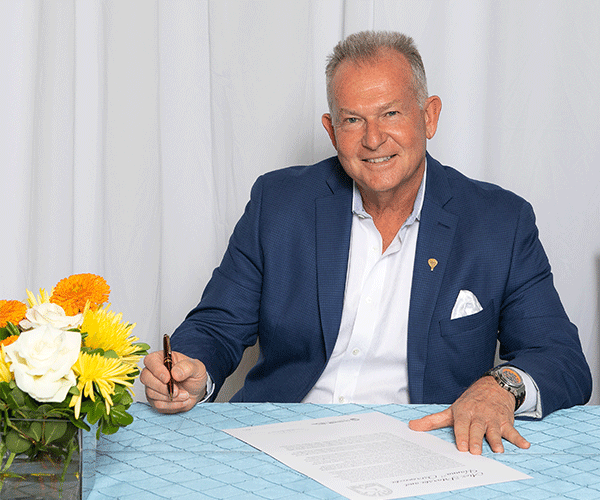 My  parents were Holocaust survivors who stayed in Poland after the war as the new government seemed to be open to allowing Jews equal opportunities in post war Poland. By the mid 1950’s the old anti-Semitism was starting to return, and my father accepted his brother’s invitation to come to Barbados to seek out a new life. My father was able to secure a visa and he and our middle brother, Joseph, visited Barbados. Within a short time, my father decided that we should all move to Barbados. He knew that the government would never allow us to leave if he returned, so he stayed, and my mother started the long process to allow her, myself and my oldest brother, Richard, to emigrate to Barbados. After a year of petitioning the government, we finally got our exit visas and took the train to Le Havre, France, for the ship to Barbados.

Unfortunately, my father miscalculated the dates and we were left overnight in the port without food or lodging.  My mother started asking people in Yiddish if they were Jewish, and when she finally got a positive response she explained our predicament in Yiddish. The lady not only took us home for dinner but lent us enough money so we could get a hotel room for the night.

This helped shape my understanding and commitment to the Jewish community. It showed me that we as Jews can always count on one another and need each other’s help and support in the world.

I am a very proud and active member of my Canadian Jewish community. Even though I was born in Poland after the war, and spent most of my formative years in Barbados, Toronto has been my home for the largest portion of my life. It is in Toronto that I was lucky enough to succeed in building a thriving business and a close, loving family.
Before I completed my undergraduate degree, my older brother Richard convinced me to get my real estate license. His urging not only led me to early success but also convinced him to forgo engineering and join me. Together we built our company, Remax Realtron, which has allowed us to give back to the community.

My late wife Hanna z”l was also involved in the real estate business, developing and selling programs that revolutionized the industry. Both of her parents were Holocaust survivors as well and we both appreciated and understood the necessity of being involved in and helping the Jewish community. She and I shared 33 wonderful years of marriage, two children -- Jason and Stephanie, and a perfect marriage until her untimely passing in 2013.