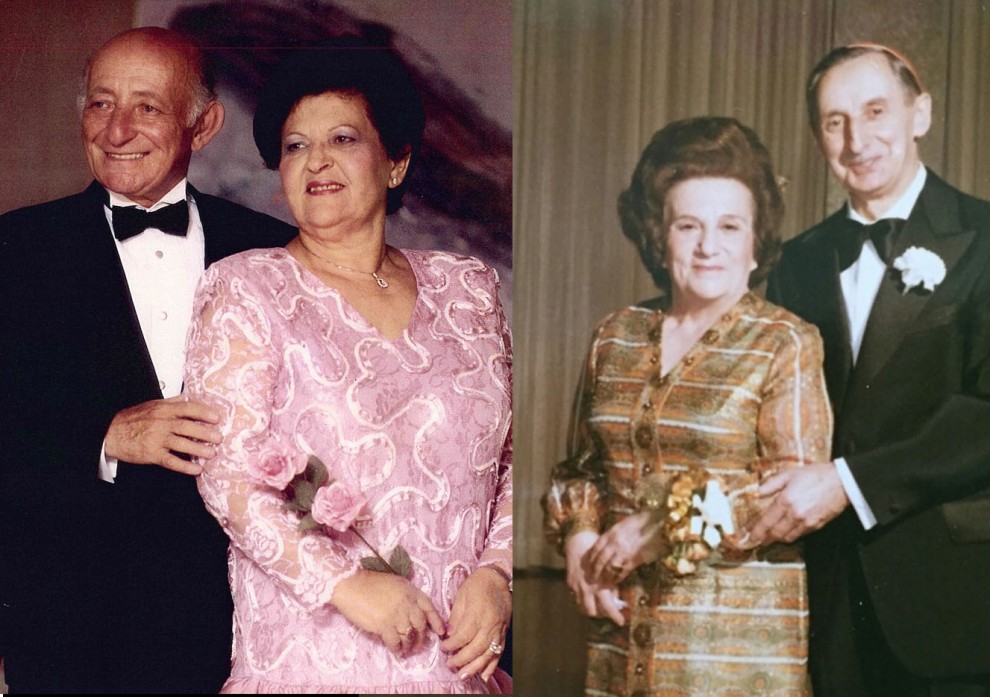 I consider myself an extremely fortunate person whose life is filled with love and compassion – from family and friends, as well as ample opportunity. But none of this would have been possible without my grandparents, each one a victim of the Holocaust and, despite surviving arguably the worst atrocity known to man, their legacies -- tainted by extreme misfortune -- shape so much of who I am.

My paternal grandparents, the Rosenbaums, were Polish and only met after they were liberated. They were married in the only remaining synagogue in Bavaria, in the town of Straubing, close to Dachau Concentration Camp. This was where my grandfather was freed at the end of the war.  I only learned these details after a trip to Germany in 2015. To my amazement, I was shown my grandparents identity cards, as DPs, as well as my father’s, since he was born there after the war. I even stood in the very place where my grandparents were married and where my father was born. This experience only reinforced my determination to pursue and preserve my family history, so much of which was lost.

My maternal grandparents, the Posmantiers, were also survivors but had been married just before the war, near Krakow, Poland. They were hidden throughout the war and miraculously evaded capture. They too lost nearly every family member. Only very recently did I, along with my family, discover the fate of my grandparents’ eldest daughter, who had the greatest misfortune of being born in Poland in the early 1940s. With the help of investigative journalists, we learned that she had been taken in by a Christian Polish family. Tragically, she died in 1943 after contracting typhus. My parents and I were recently reunited with descendants of this righteous family who took in my aunt and we visited her grave in a Catholic cemetery in Poland.

These pieces of my past are extremely significant to me because, though fragmented, they are all I have. For me and my peers, it was our grandparents’ or great-grandparents’ generation that was deeply impacted by the Holocaust, some more directly than others. I may have a more personal link but I believe it is a shared past and a shared history from a critical time in our Jewish history and it is paramount that we continue to share and, even still, uncover the stories of that period.

Supporting the March of the Living and the Neuberger Holocaust Education Centre, through a fund set up in my grandparents’ names at the Jewish Foundation, allows my families’ legacies and the hard lessons surrounding the Holocaust to continue.

As told by their grandson, Shael Rosenbaum