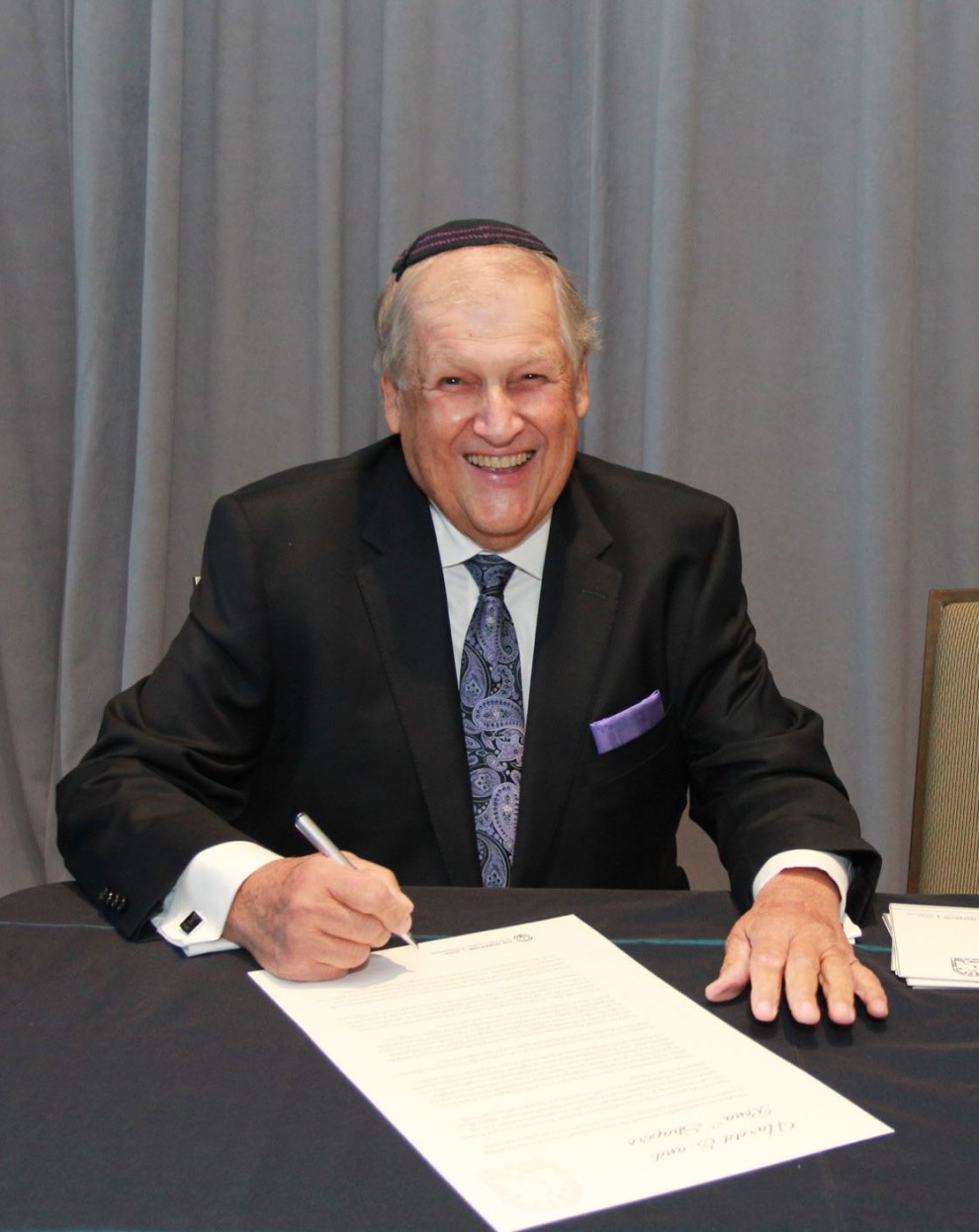 Throughout our 53 years together, I always felt that it was my beloved Rona z”l, who was the driving force behind our support and activism for many causes in Toronto and in the wider Jewish world.

Rona and I both grew up in traditional Jewish families in Montreal. We married in 1964 and six years later took the opportunity of a corporate transfer to Toronto. We continued to maintain a strong dedication to family ties by frequent reciprocal visits between Montreal and Toronto, regular phone conversations and taking family vacations with our parents and to Jewish traditions, specifically joining Beth Tikvah Synagogue.

During our children’s formative years, we both became active at the synagogue, each of us holding various Board and Executive positions, including Rona being the Sisterhood Vice-President and me being shul President.  Jewish tradition was very important to Rona, so Jewish day school, Shabbat and yontif shul attendance became the norm as well as Shabbat family dinners right up until Rona’s untimely death.  Our shul participation became the “springboard” for future community involvement including UJA, where I served as co-chair of the Menswear division and later the Fashion division.

Rona was active in ORT and her mission trip to Israel had a profound effect on her increasing desire to help however she could, even if that meant putting the world’s needs before her own.

During our marriage, Rona and I were fortunate to visit strong Jewish communities across the globe, but two trips to Israel influenced us greatly.  The first was our family trip for our son’s bar mitzvah in 1983.  My mother was a third generation sabra who immigrated to Canada in 1922 and we visited the grave of my grandfather, who was a Rabbi, on Mt. of Olives. The prominence of his burial place alongside some very famous rabbis, raised my consciousness about my valuable heritage.  Our children, Naomi, Daniel and Devorah began visiting Israel each summer.

In the early 80’s Rona was active in raising funds to free Natan Sharansky so when the opportunity arose for us to join the UJA Exodus 90 Mission to Israel, we gladly participated.  We were very moved to be welcoming olim from Russia—highly educated, talented people, as they began their new life in freedom.  This experience impacted us and we started hosting Russian-Jewish families for Seders, and courageous Beit Halochem soldiers.

In later years, Rona was instrumental in our decisions to support many Toronto hospitals, and most importantly, to establish a Fund at the Jewish Foundation. We hoped to inspire our children and grandsons, Harley and Jordan, to be mindful of the many people and organizations, Jewish and non-Jewish, who will continue to need our assistance and encouragement in the years to come.