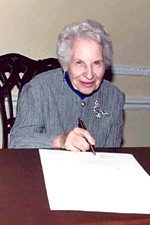 My parents met in a small town in Eastern Europe in 1912. After my father returned from the war in 1919, he and my mother settled in Ukraine, where I was born. My father was mayor of our town and helped establish many Jewish community institutions. But he soon saw that Stalin would not be good for the Jews. In 1925, he moved our family to Montreal.

My two brothers and I grew up in a traditional Orthodox Jewish home — speaking Yiddish and going to shul. We had great pride in ourselves as Jews and the values that went with it,especially tzedakah. We were taught that we had an obligation to the community.

My father was the foreman in a wool factory in Montreal and again became very involved in the community. As a young adult, I joined the United Jewish People's Order, an organization focused on making life better for workers. At 18, I organized a union for workers in the knitting trade and was asked to do the same for the fur workers. I later travelled to Winnipeg to organize a laundry workers union.

On my way back from Winnipeg, I stopped in Toronto and met my husband, Barry. We married in 1952 and I've lived in Toronto ever since. We sent our daughter and our two sons to Peretz Shul and, though we weren't religious, we raised our children with very strong Jewish values.

Yiddish was always a very important commitment for me. For 15 years, I worked at UJA Federation as staff support for the Committee for Yiddish and helped launch several innovative programs. As a volunteer, I helped established an organization called Friends of Yiddish, of which I'm still executive vice president.

When my husband and I celebrated our 40th anniversary, our friends and children wanted to celebrate. We didn't want gifts, so we established the Shockett Yiddish Teachers Training Fund.
It's not a large fund, but it has helped several people pursue certification and attend seminars in Yiddish teaching.

Community care is our Jewish legacy. With this fund, I know that Yiddish education — and our rich Yiddish culture — will continue to develop and flourish for my grandson and future generations.

In the future I would like Yiddish to become an integral part of Jewish education. Let us not be in denial of our rich Eastern Jewish heritage. It has a history, a language, literature and culture.