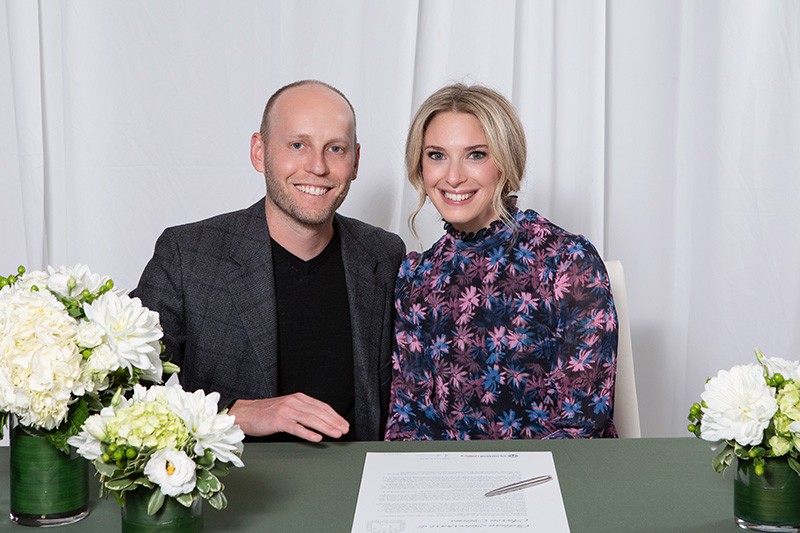 Tzedakah has always been part of our respective upbringing. When we got married, we both knew that giving would continue to be a family value in our home.

Strong tzedakah role models for me were my (Aaron’s) maternal grandparents, Ben and Eileen Applebaum. Giving was in their souls. My grandfather believed that “money was meant to be shared while you’re here” – a mantra he lived by. As we became quite close in his later life, he frequently shared a story about struggling financially when he was younger and not being able to cover some of the costs of my parents’ wedding. His eyes would well up as he recalled a close childhood friend generously stepping in to help. Of all the moments in his 82 years, I think this was the most impactful and he never stopped paying it forward.

I (Gillian) grew up in a Jewish home where Friday night dinners and spending time with family were non-negotiable. Tzedakah was taught early on. My parents always give annually to UJA, among other charities, and never turn anyone away. I remember once asking my father why he gave money to a stranger at our door, and he said, “Better in his pocket than mine.” That lesson was very meaningful, and I want to ensure that Aaron and I teach the same values to our children.

We learn from example. The importance of giving has become a pillar for us and influences how we want to shape our family life and raise our children.

While past generations were very engaged in giving back to community, we can’t take this for granted. We strongly believe that tzedakah deserves a non-discretionary place in our financial priorities. The community has unique needs. Antisemitism is on the rise again. We consider charitable giving as an essential part of our annual cost of living – a core component of our finances, time, and attention.

The Jewish Foundation and UJA have been important partners to us. We established the “Gillian and Aaron Collins Family Fund” which provides us ample flexibility to give to emerging needs of the day while also ensuring a deliberate, sustained annual tzedakah commitment. We also value the education, content, and programs that UJA provides as it empowers us to be full participants in our giving.

We are fortunate to have a meaningful way to engage our family with the values we both grew up with. This is for us, for our family, for our children and for the future of our community.