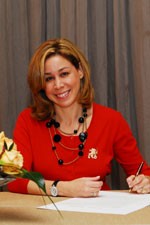 Growing up in my parent's house, I was taught that to be a good Jew you didn't necessarily have to observe the Sabbath or keep kosher but you did have to conduct yourself “Jewishly.” I understood this to mean that you had to behave with decency and compassion in all of your life's endeavors. And also — you had to read a lot and be able to defend yourself in an argument.

Towards the end of her life, my late mother, a second generation Canadian/American citizen, developed a consuming interest in her Jewish lineage. After extensive research, she found herself endlessly impressed by the bravery, forbearance and chutzpah of her otherwise humble ancestors who had left the oppression of Poland and Russia to create new lives in North America. My mother published a little homemade booklet about them: it was of great importance to her that her children and her (yet unborn) grandchildren would know and remember the suffering and successes of the people who had made our lives possible. Understanding and honouring the stories of previous generations was part of being a good Jew too.

When I met my husband, Howard Sokolowski, he encouraged me to expand the meaning of my ‘Jewishness' to include a greater involvement in communal Jewish life. Through Howard I became very committed to the UJA and the good work that it does helping other Jews whose lives have followed similar story lines to those relatives who appear in my mother's homemade booklet. For me, this participation has given me a sense of belonging and satisfaction that I cherish.

Howard and I have five children: sons Josh and Ben, twins Sam and Barbara, and our daughter Ellie. With luck and a little guidance, I hope they too will become “good Jews”.