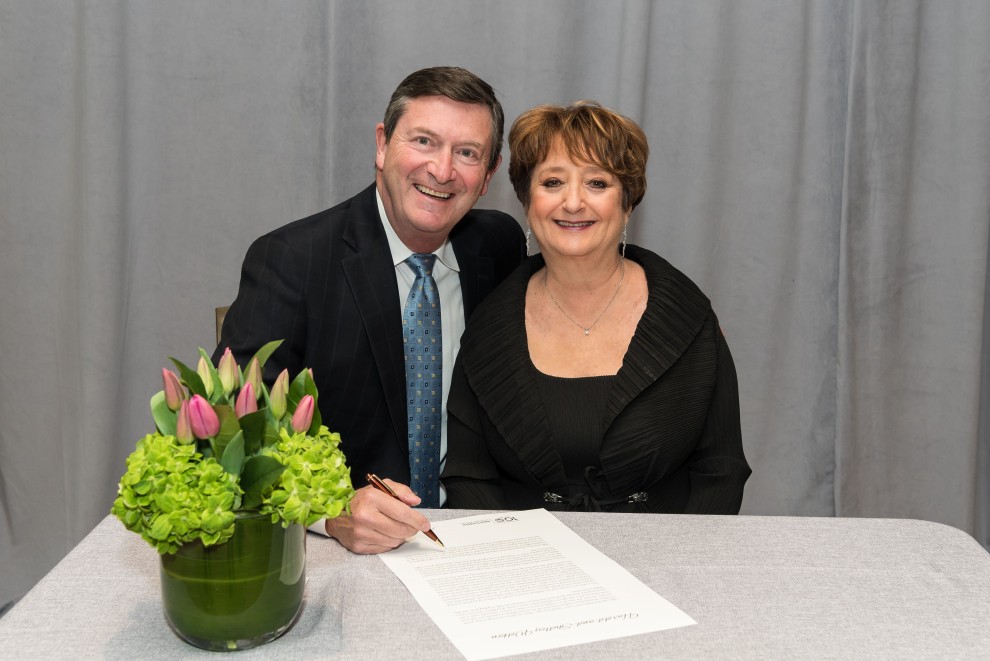 I often joke that Shelley and I have a “mixed marriage”:  While my wife is a second-generation Jewish Canadian, whose family was totally acculturated into the Western lifestyle, my parents were Holocaust survivors, who met and married in a displaced persons camp in Austria, and finally made it onto North American soil in 1950, after the celebrity, Eddie Cantor, a cousin of my father’s, spent three years importuning the American Jewish Joint Distribution Committee for help in getting Jacob and Sally Wolkin into the States.

They ended up in Canada, and my childhood memories are full of instances of my family receiving assistance from various Jewish agencies.  Growing up, I didn’t realize how much subsidies from JIAS had been instrumental in shaping the lives of my brother and me.  But after both my career and family had been established in the 1980’s, I was invited to attend a meeting of the newly-formed Bay Street division of UJA.  I was impressed and enthusiastic, about both the organizational goals and the quality of leadership, and it was then that my education into the benefits and power of giving rather than receiving began. I became actively involved as a contributor and a committee member, and I’ve never looked back.  The giving of my time and support has become an intrinsic part of my makeup, and I’ve been so well-educated by a succession of fabulous leaders who have stewarded my thinking that I feel UJA’s support of all avenues by which we unite and lift up our fellow Jews is equally important, both here and in Israel. The needs don’t go away; when it comes to community support, we’re never finished!

I became involved with the Miles Nadal JCC in 2002.  This organization resonated with me because I remembered so clearly sitting on the steps of the Bloor Y.M.H.A., waiting for the JIAS-sponsored bus to take me to camp.  It gave me great pleasure to make a difference there, as chair and now past president. Shelley and I have named a child care centre there in honour of Shelley’s mother, Libbie Cowan, who attended programs at the “Y” religiously. It is my wife’s fondest hope that a grandchild of ours might attend it one day.

Shelley has been actively involved in Hadassah-WIZO fundraising, and though our upbringings were completely different, she and I take pride and comfort in the fact that we have arrived at this stage of our lives completely aligned in our values and the importance of a legacy gift to the community.  We’re proud that our sons, David and Jay, share our love of Israel, and will be equally proud if they, too, learn and pass on the joy and satisfaction to be gained from the act of giving.