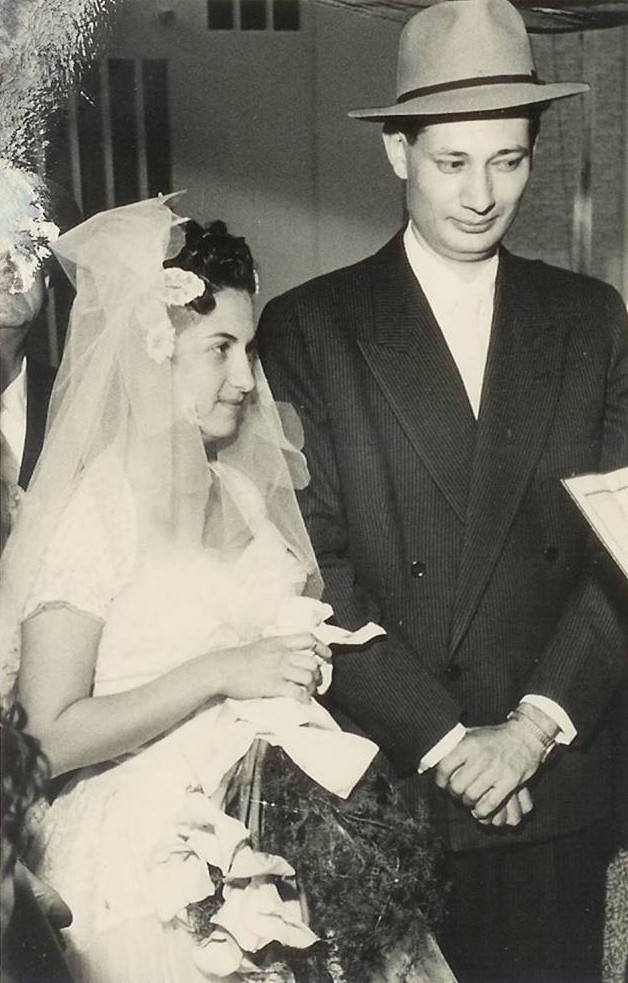 Our parents lived in many places throughout the world before making Toronto home. No matter where they were, they never forgot who they were. They weren’t flashy people. They were, however, abundant in kindness, generosity, strength, and humility.

Both were born and raised in Egypt. Dad’s family came from Romania, mom’s from Syria. Dad, who was exceptionally smart, was one of only two Jews who graduated with a degree in Chemical Engineering from the University of Cairo. As it turns out, the other Jewish graduate was his best friend, Henri, who just happened to have 5 sisters. Dad grew fond of one of Henri’s sisters in particular the beautiful, quick-witted Fernande.

After their engagement, most of the Jews were forced out of Egypt, so our parents moved to Israel. Mom and dad were married on a rooftop (with no rehearsal). They began their life in Israel and had two children there, Ron, and Danielle, and eventually moved to Montreal where they had Dov. With additional stints in Ottawa and Singapore, they finally settled in Toronto.

Over the years our parents continued to collect more experience, wisdom – and languages: Our father spoke seven and mother spoke four. Both had long, fulfilling careers. Dad’s – at the National Research Council of Canada, and Mom’s in the Federal Government as a secretary.

They worked hard, raised our family, and still always had time for others.  Exceptionally kind, their generosity was always offered quietly. It was always personal and direct.

Mom was the connector who instilled in us the importance of relationships, welcoming strangers into our home, and helping others however she could. It wasn’t unusual to find a stranger she met in the elevator sitting in her living room or a new family at our Shabbat table.

Dad – who was a voracious reader – visited a blind man every week and read books and newspapers aloud since this man could not do so himself. He also gave us an appreciation for life-long learning.

We will never forget our parents for who they were and the lessons they taught us – to be kind to others, generous, and to always remember our Jewish heritage. Their legacy will be carried on in us, their 8 grandchildren, and their 4 great-grandchildren.

We hope the endowment we established in their name will leave a true legacy in the Jewish community for years to come.

As told by their children, Ron, Danielle and Dov