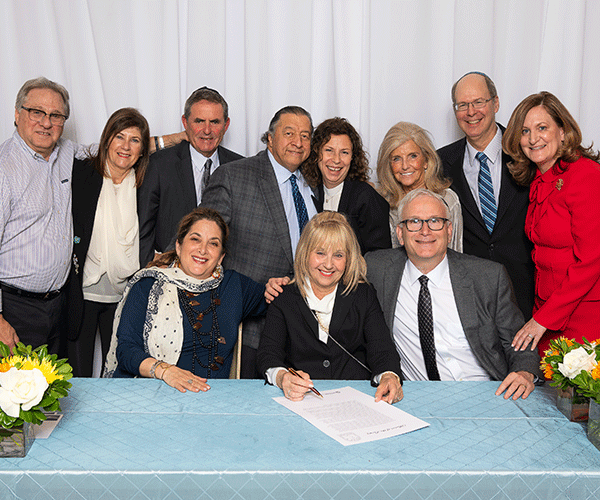 For 30 years, the March of the Living has engaged, impacted and changed the lives of more than 12,000 Canadian participants. From high school students, to young adults, to older adults and the remarkable survivor educators, the March of the Living has provided a powerful life-changing experience for all who have had the opportunity to participate. The two-week journey to Poland and Israel, coinciding with Yom Hashoah (Holocaust Remembrance Day on the Jewish calendar) as well as Yom Hazikaron and Yom Ha’aztmaut (Israel’s Remembrance Day and Independence Day, respectively) is as much about learning from the significant and horrific events that shaped the Jewish world in the middle of the twentieth century, as it is about examining the themes of antisemitism, genocide, tolerance and activism in today’s world.

To mark the March of the Living’s 30th anniversary, a gala event was held in Toronto in May 2018 and a Legacy Fund was established in the name of the program. The Fund will provide scholarship assistance to those who cannot manage the financial commitment to participate and, in turn, will ensure that the lessons of the Holocaust, and the appreciation for Israel as a Jewish State, continue to be imparted to as many people as possible -- particularly younger generations.

The March of the Living’s remarkable survivor educators have given selflessly of themselves to educate others, despite reliving painful memories when returning to the sights of the horrors they endured during the Holocaust. In recognition of their extraordinary contributions to future generations, each survivor educator from Toronto is being honoured through this Fund. The Fund was created from the proceeds of the gala and contributions can be made in each survivor’s name, indefinitely. It is a wonderful way to honour the survivors and have their names forever linked to the community and the program in which they play an instrumental role.

In addition, Eli Rubenstein, National Director of the March of the Living, is also being honoured through this Fund in recognition of his commitment and dedication to the program. Rubenstein, a driving force and visionary leader, is the only person who has been involved with every March of the Living trip since its inception in 1988.

The Legacy Fund at the Jewish Foundation is a meaningful and lasting way to honour any or all of Toronto’s survivor educators, Eli Rubenstein, or the March of the Living program in general, while ensuring a degree of support to those wishing to participate.