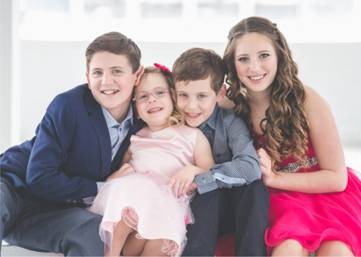 On the occasion of her Bat Mitzvah, Alanna Mandel, who used pink prominently in her celebration at Beth Tzedec Congregation, not only gave new meaning to “pretty in pink”, but then showed her sensitive side by using her good fortune to transform the lives of young Israeli strangers she felt a strong connection to.

Alanna decided she would use her bat-mitzvah to benefit those less fortunate. She asked her guests to donate to her Tzedakah Fund, which she established at the Jewish Foundation of Greater Toronto through the B’nai Tzedek Teen Philanthropy program.

Alanna chose to support a Community Centre in Sderot after learning about the necessity for a rocket-proof studio due to its one kilometer proximity to the Gaza Strip. The community centre has two dance studios and offers a wonderful dance program for teens just like Alanna. Additionally, Alanna’s generous donation, which provided twenty Sderot youngsters with scholarships to the after-school dance program, personifies the Jewish values of tzedakah and tikkun olam (repairing the world) as well as the universal value of fun – something the children of Sderot are in need of.

Tzedakah Fund
Teen Tzedakah Funds are established with a minimum gift of $1,000. Teens distribute charitable dollars to the causes of their choice.