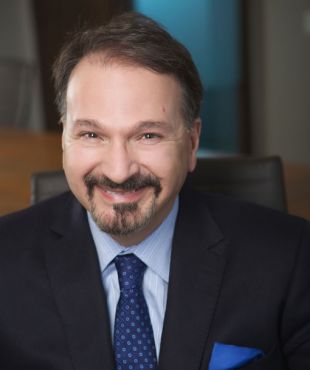 The firestorm from the July 18, 2017 federal tax proposals has been met with fury from the tax community and from Small and Medium Enterprises. Some of the changes will dramatically change tax planning for private corporations, including many professional corporations.

The proposals are contained in a consultation paper that was promised in the federal budget of March, 2017. The budget set out the government’s intention to close “tax loopholes,” reinstitute “fairness,” and end “tax-planning strategies using private corporations, which can result in high-income individuals gaining unfair tax advantages.” It’s difficult to reconcile these statements with the fact that one strategy was approved by the Supreme Court of Canada in the 1990s.

The strategy in question concerns sprinkling income amongst family members using private corporations. In this way, the corporation would pay dividend income to the spouse and children  of the founder, in lieu of the founder paying tax at the highest rate on all his/her income earned.

For example, a private corporation can have multiple classes of shares that are held by different family members. Sometimes the family owns those shares from incorporation, or the share capital is later reorganized to allow the spouse and children to subscribe for new classes of common shares, while the founder owns a class of preferred shares. After paying corporate tax, the corporation would pay dividends to the spouse and children who are in a lower tax bracket than the founder.

Overall tax savings for the family is achieved through a combination of the founder’s top-tax rate salary and of low-tax dividends to the spouse and children.

The government’s consultation paper describes this as an unintended benefit to higher-income individuals that is unfair and inconsistent with the tax system. However, it fails to mention that the Supreme Court has already approved such a plan. And not once, but twice.

The facts in McClurg v. MNR [1990] 3 S.C.R. 1020 and Neuman v. The Queen [1998] 1 S.C.R. 770 were similar – private companies with two classes of common shares. The voting shares were owned by the husbands and the non-voting shares were owned by their wives. However, what differentiated the cases was that in McClurg, Mrs. McClurg was actively involved in the business, while in Neuman the spouse had no involvement at all. In both cases the directors could declare dividends on any class to the exclusion of another. Also, in both cases the Supreme Court upheld the discretionary dividends paid to the spouses.

More importantly, in Neuman the court rejected the government’s argument that the spouse’s lack of involvement in the business would require the dividend to be taxable in her husband’s hands. The court stated that this approach “ignores the fundamental nature of dividends; a dividend is a payment which is related by way of entitlement to one’s capital or share interests in the corporation and not to any other consideration. Thus, the quantum of one’s contribution to a company, and any dividends received from the corporation, are mutually independent of one another.”

The 1999 federal budget eliminated the tax benefits of income splitting with minor children. It introduced the Tax on Split Income (TOSI) as a flat tax equal to the top marginal rate on certain “split income” earned by individuals under the age of 18, including dividends from a private corporation.

The government’s proposals seek to overturn Neuman and extend the TOSI to “split income” of spouses and adult children in excess of a reasonable amount. What is a reasonable amount? The TOSI will apply to the extent that the income exceeds what an arm’s-length party would have agreed to pay for the services of the spouse or adult children. On October 16, 2017 the government released a Backgrounder that sets out their intention to proceed with the measures that limit income sprinkling.  To the extent there are “clear and meaningful contributions by spouses, children and other family members, the government believes the rules will not impact businesses.

Considering that the burden in tax appeals is on the taxpayer, it is difficult to imagine the level of evidentiary proof required in order to satisfy a CRA field auditor of such reasonability.  To address these concerns, the Backgrounder provides that the government will work to reduce the compliance burden with respect to establishing the contributions of spouses and family members.

It’s disingenuous for the government to characterize entrepreneurs as using tax loopholes when they are following the decision in Neuman. The government has the right to legislate a tax policy that overrules Neuman, but it should be up front about it.  And while the TOSI may be targeted at the top 1% it in fact applies to all private corporations even if the founder is not in the top tax bracket.  It would have been far simpler to extend the TOSI to family members under age 25, and to continue to exempt spouses from the TOSI altogether.