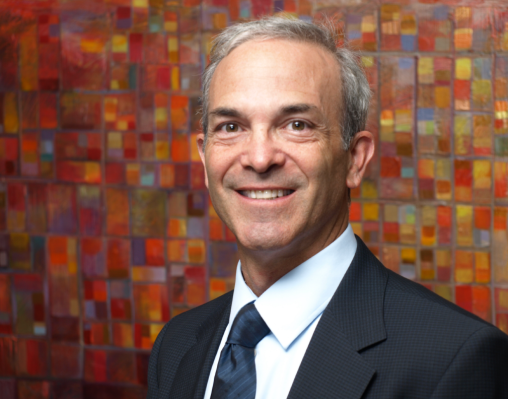 I find it surprising that when people think about retirement they often ignore life insurance and the impact it can make. With this in mind, let me ask: if you could arrive at retirement as one of the two people described below, which would you like to be?

Person A, let’s call him Al, is you today. You are saving and investing money the way you have been taught with traditional planning. You arrive at retirement with, say, $5M of assets with the plan being to live off the income generated by those assets. You’ll take an annual income off those assets and leave the money for your survivors and the community.

Person B, Al’s twin brother Bill, can also be you. You’ve earned and invested the same amount of money but you arrive at retirement with $5M of assets and $5M of paid up life insurance.

So my question would be: Which of those two people do you think you want to be? If you were to be Bill do you see the advantage of also having the insurance in place beyond retirement? If we were to discover that insurance has everything to do with the assets that you’ve saved over your lifetime and it were to give you more options on those assets, do you think that could be an advantage? Let’s check it out.

Al, over his lifetime, had taken a traditional approach to planning. He invested in RSP’s and TFSA’s. He might have had a non-registered investment account, mortgage investments, stocks & mutual funds. Al insured his life with life insurance up until retirement, until he paid off his home and the kids had moved out and were ‘off the payroll’ so he felt he no longer needed the insurance.

In this story Al arrives at retirement with the aforementioned $5M of assets. Note: We’re not trying to determine if $5M is enough or not, or whether its $2M, $5M, $10M or $20M - that part at the moment is not relevant. What is relevant is that when Al gets to retirement he has to make a choice. One is he stops the premium payment on his Term Life insurance as he no longer needs it. He has reached his savings goal. He has made it. He feels good about that because that’s what everyone told him to do. Now Al’s going to trigger his income from his retirement plans and all his savings accounts but because he only has one pile of money – the $5M – he’s going to take the earnings from those accounts, the interest, dividends and any capital gains he may have, to live on. He’s going to have to leave the principal intact so that it does the job of providing for emergencies and for an inheritance for his wife if she should outlive him, or for his survivors. It will also have to provide resources for taxes on passing, and whatever legacy he wants to leave to the community. So that’s Al’s plan.

Now Bill did one thing different. The day he retired Bill also stopped paying the premium on his life insurance; however his insurance did not cancel. It stayed in place. This happened because along the way we showed Bill how to use a systematic model that allowed him to get his assets to work together. We created strategies along the way where a $1 could act like $3 including showing Bill how to recapture money that was being lost unknowingly so that he can have it to enjoy in retirement.

So now what we’re going to do is see what they arrived with and what impact that will have for the remainder of their lives during retirement.

Al retired on his 65th birthday and started his income from his $5M in assets. For this story let’s say he’s earning 5% on his money so on his $5M he’s taking an income of $250K a year every year from age 65 to 85 (life expectancy). He pays his taxes but because his capital has to stay intact to generate the income and to look after his loved ones and his legacy, he’s going to have to pay taxes from his $250K and net substantially less to live on each year.

Bill also retired on the same day. You’ll recall that Bill stopped his premium on his life insurance policy but his policy stayed in force and was guaranteed to be there for the rest of his life in retirement. There was a face amount on that policy on the day he retired that was equal to the assets that he had saved over his lifetime. So if Bill had $5M of assets, he also had $5M of life insurance. Because of the life insurance he did not have the pressure to preserve the $5M of assets the way Al does. He didn’t have to leave it there and watch it grow and live off the growth. Bill was able to create income strategies from all his $5M assets because he had a guarantee that the insurance policy would be there to replace the principal if he should pass away early, and also have additional resources to live on if he was blessed with a long life. So for all those years that Al was getting $250K income and then paying taxes on it and having to leave his $5M intact, Bill was able to have an increasing income every year from his assets.

In Bill’s first year of retirement he had $400K worth of pre-tax cash flow instead of $250K because he could draw down on his tax-paid capital by $150K. And the next year when Bill took $400K again, a little less of it was income and a little more was principal - which means his taxes were also going down each year. The tax rate stayed the same but the amount of taxes he had to pay was less because more of the money he took each year was from capital.

So if they arrived with the same amount of assets moving into retirement, for their entire lives throughout retirement, Bill had more wealth to enjoy - over 50% more after-tax than his brother Al. Something else that could have happened is Bill could actually have arrived at retirement with less assets and still had an equal or greater amount of wealth to enjoy than Al because of the strategies he put in place during his lifetime.

Bill had less risk on the money because he guaranteed that when life was over for him he was going to replace all those assets to give to his heirs and to support his legacy.

By strategically integrating insurance into your financial plans you could have more money to enjoy in retirement, pay less in taxes, have more flexibility, use and control over your assets, protect your loved ones and better provide for your philanthropic wishes. If you could do all of this with less risk and no additional out of pocket outlay, is there any reason why you shouldn’t explore further if the plan you’ve currently got in place will achieve these goals and benefit the people and community that you love the most?