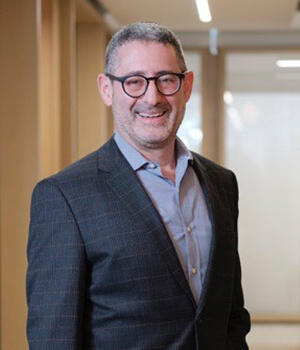 IRS Throws a Bone to Taxpayer

Contributions to qualified charitable organizations in Canada, the United States or Israel are relatively non-controversial in the eyes of the Internal Revenue Service, particularly when a donation involves cash. Donations of investment assets such as publicly traded stocks and bonds are also fairly non-controversial. But when a donation involves something else, such as a closely held business or artwork, a professionally run charitable organization, such as Jewish Foundation of Greater Toronto, will work with a potential donor and his or her advisors to value donated property.

One recent US case, Gardner v. Commissioner (14 TCM 232, T.C. Memo 2017-165), involves a donation outside of realm of normative planned giving to the Jewish Foundation but nevertheless highlights the importance of working with competent professionals, particularly valuation experts, throughout the planned giving process.

Paul Gardner was a successful businessman from Pennsylvania. He liked to hunt in his spare time. After a hunt, Mr. Gardner would distribute the meat to the local community. He would bring what was left to a taxidermist to make a ‘trophy’. Mr. Gardner was so successful in business he had time to hunt a lot; he had hundreds of such trophies.

On one trip, Mr. Gardner came to Canada to hunt white-tailed deer. He told another hunter on this trip that he had no more room for more trophies. The hunter told Mr. Gardner he could actually get a tax receipt by donating surplus trophies to a particular charitable organization in Texas which, conveniently, would handle all of the paperwork including valuation.

Upon return, Mr. Gardner contacted the charity. He selected 175 items for donation including trophies and skeletal remains. A conveniently located Texas-based appraiser valued the donation at $1.4 million. Mr. Gardner claimed a charitable deduction on his tax return, attaching a copy of the appraisal report as required.

Not surprisingly, IRS selected Mr. Gardner’s tax return for examination. The IRS auditor determined the donated items had a value of $160,000 and assessed Mr. Gardner accordingly. Mr. Gardner disagreed and petitioned the US Tax Court.

The Tax Court lent little credibility to any of Mr. Gardner’s testimony. But since IRS did not amend its original assessment to reflect the $35,000 valuation of its own expert, one could say the Tax Court ‘threw a bone’ to Mr. Gardner by upholding IRS’s original deficiency assessment based on the $160,000 assessment.