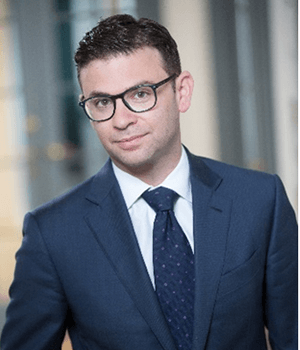 Sharing is Caring: The Benefits of Insurance Shares

Since the introduction of the new passive investment rules (the “Rules”), many business owners have undoubtedly been looking for strategies to integrate into their tax and estate plans.  For example, purchasing passive investments that create capital growth rather than income will defer the application of the Rules until the capital assets are disposed of.  Another strategy is acquiring permanent, corporate-owned life insurance. However, without proper planning using insurance tracking shares (“IT Shares”) your clients may not be maximizing the benefit of corporate-owned life insurance.

Pursuant to subsection 70(5) of the Income Tax Act (Canada) (the “Act”), generally (if no rollover is available) when an individual passes away there is a deemed disposition of their assets immediately before death including the shares of a privately-held corporation.  As such, there is a capital gain on this disposition equal to the fair market value (“FMV”) less the adjusted cost base (“ACB”) of the shares.  Frequently, corporate-owned life insurance is used to fund this tax liability as the policy ensures that other assets of the corporation do not need to be liquidated.

It is best to review an example to illustrate how the rules relating to the CSV of life insurance can impact the deemed disposition of shares of a privately-held corporation at death.   David is an 80-year-old widower, entrepreneur and sole shareholder of ABC Corporation.  On the advice of his advisors 25 years ago, ABC Corporation purchased a whole life insurance policy on David’s life. The primary purpose of the policy was to fund the tax liability on the deemed disposition of his shares at his death, which was estimated to be approximately $2,000,000.  Upon David’s death, the CSV of his policy has grown to $1,500,000 resulting in a corresponding increase in the FMV of his shares of $1,500,000.  Pursuant to subsections 70(5), 70(5.3) and paragraph 148(9)(b) of the Act, there will be tax owing of $401,475 because of the increase in the FMV of his shares.

This incremental tax could have been avoided by issuing insurance tracking shares (“IT Shares”).  Generally, IT Shares are issued to the children of the shareholder in the process of a reorganization of the corporation.  IT Shares do not grant the holder any dividend or voting rights; they simply track the value of the CSV and/or death benefit of the insurance policy.  If the IT Shares are issued prior to the policy being acquired, they can be subscribed for a nominal amount as there is no value attributable to the shares at the time.

Following the example above, if David’s children subscribed for the IT Shares prior to ABC Corporation acquiring the life insurance policy, upon David’s death, his shares would not have increased in value by the amount of the CSV.  The CSV would have been attributed to the IT Shares held by David’s children thus saving his estate $401,475 otherwise payable to the government.  With the use of IT Shares, upon the insurance proceeds being paid tax-free to ABC Corporation and pursuant to the Articles of Amendment creating the IT Shares and Shareholder’s Agreement, the insurance proceeds would be paid to his children by way of a tax-free capital dividend (See paragraph (d) of the definition of a corporation’s CDA in subsection 89(1) of the Act which includes amounts related to proceeds of a life insurance policy received as a consequence of the death).  Following the capital dividend to David’s children, the IT Shares will have no further value.  This planning would have not had just deferred the tax of $401,475 but would have eliminated the tax altogether.

The Canada Revenue Agency (the “CRA”) has addressed the use of IT shares in Technical Interpretations (see TI 2005-013861C6 and 2008-028615C6) as well in response to question 11 at the Association de planification fiscal et financiere APFF roundtable in 2006.  The CRA has commented that IT Shares can likely be subscribed for a nominal amount prior to the acquisition of the policy and that it is reasonable to allocate, immediately before death, the amount of the policy’s CSV to IT Shares.

IT Shares are a simple yet often overlooked solution for a potentially costly problem.  Proper planning and structuring using these shares can not only lower the capital gain on the deemed disposition of private company shares on death but can also guarantee the insurance proceeds are paid to the chosen beneficiary while protecting the assets of the deceased from liquidation.