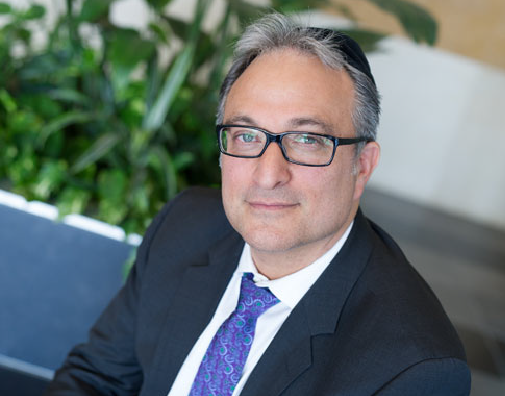 The motives for philanthropy are plentiful and many financial strategies are available to benefit donors. A nominal financial outlay using government supplied benefits can create a large endowment or make meaningful gifts to a grandchild.

Many people have more money than they will ever need or want to spend - what we call “never spend money”. They now have a choice of leaving their money to family, charity or the tax department.  Everyone can pick only two of those beneficiaries. The decision is easy, especially those who consider making charitable gifts that will endure for years.

Avoid dismissing those funds as trivial.  That taxable money can fund a significant life insurance policy for the benefit of charitable causes, with the option of saving a substantial amount of money now, or later, for the benefit of the donors.

Take the example of a husband and wife who came to see us, both 65, who receive monthly CPP benefits of about $1,100 each, totalling about $26,000 a year. They live in Ontario and enjoy considerable income from other sources, so they pay tax at the highest marginal tax rate of 53.53%.

They don’t need the CPP money – which only gets taxed, re-invested and then, yes, taxed again.

They explained their love of philanthropy and told us their life goals included creating a charitable legacy to inspire their children and grandchildren.

We suggested some little-known strategies using the government benefits to enhance their giving goals and achieve considerable tax savings.

Strategy #1: Policy Owned Personally – Tax Savings Later
We can create a charitable gift of $1.4 million using life insurance. The CPP benefits pay the premiums on a joint- and-last-to-die life insurance policy for $1.4 million. The charity is the beneficiary and will receive the insurance payout of $1.4 million on the death of the second spouse, and the estate will receive a donation receipt for that amount. This will save their estate approximately $700,000 in taxes.

Strategy #2: Policy Owned by Charity – Tax Savings Now
As above, we can create a charitable gift of $1.4 million using life insurance. In this case, the charity is both the owner and beneficiary of the policy.

Strategy #3: Donate RRSP/RRIF – By Will or Beneficiary Designation
Most people do not realize that their RRSP/RRIF will be fully taxed as income at up to 54% (in Ontario) on their death. A tax-free rollover is available to a surviving spouse, but the RRSP/RRIF is fully taxed on the second death.  So basically, a $1-million RRSP/RRIF will be worth only $460,000 to their heirs, after taxes.

A better strategy is to name the charity as the beneficiary of the $1-million RRSP/RRIF, which eliminates all the RRSP/RRIF taxes.

To replace the $460,000 that would have gone to the family, consider using all the CPP benefit to purchase a $1.4 million joint-last-to-die insurance policy, with the family as the beneficiary.

On death, the life insurance policy pays out $1.4 million tax-free to the family, a gain of $940,000 compared to the $460,000 they would have received after the RRSP/RRIF gets taxed at 54%. Note that money allotted in a will may have to go through probate, and there could be additional costs to be paid.

In every example above, donors used funds received from the government to fund their charitable aspirations.  They didn’t have to reach into their own cash flow and were able to minimize their own tax liabilities while creating a sizeable gift. A win/win by every measure.

There are other ways for people to be generous to a worthy cause much closer to home – their family. Perhaps their grown children don’t need much financial help, but there are ways to help their grandchildren.

Use the CPP benefits to start a Registered Education Savings Plan (RESP) for a young grandchild, to assist with the ever-increasing costs of education.  If you add up the costs of tuition, student housing, books, school supplies, and others, Canadian students currently carry an average debt load of about $27,000, according to the 2015 graduating student survey by the Canadian University Survey Consortium.

Set aside a monthly amount for a grandchild in an RESP. Those funds will grow tax-free, and the Government will match your savings inside an RESP. The match is called the Canada Education Savings Grant (CESG). Everyone gets the 20-per-cent match on $2,500 contributed per child per year, but if your income is lower, you can get a 30-per-cent or 40-per-cent match on the first $500 saved each year.

The CPP benefit can be used to fund a life insurance policy for a grandchild while they are young and healthy. The insurance is inexpensive. And the grandchild can obtain more coverage later if needed, building up a cash value every year that premiums are paid. The grandparents can put the ownership of the policy in the hands of the parents, or use other strategies to transfer policies to children or grandchildren without a taxable disposition.

Being philanthropic using government-supplied benefits is one of the most generous ways for people to help a family member or the organizations they care about.

Aside from financial metrics, they will demonstrate, and teach by example, the importance of charitable values to younger generations.

They say the apple doesn’t fall far from the tree. That holds true when it’s not windy.  But the world is changing so much today it can often seem like a hurricane for our families.  It makes more sense than ever to help people get started today on the path to creating their own family legacy.