David Wm. Brownz”l, a dedicated Jewish community leader and passionate philanthropist, passed away on February 17 in Toronto at the age of 65.

A long-standing member of the Jewish Foundation’s Professional Advisory Committee (PAC), David was deeply committed to furthering the Jewish Foundation’s mission. He readily shared his invaluable expertise and advice with our professional staff and lay leaders, facilitated many gifts to the Foundation, and most importantly, inspired so many community members to step up and volunteer in the Jewish community. As a loving husband, brother, father, and grandfather, David believed in the importance of investing in our collective Jewish future for the next generation.

David comes from a long line of community leaders and in many ways, following in the footsteps of his father, Al G. Brownz”l, who had been a key supporter of Jewish Toronto for decades. He spent much of his very successful career as a partner and advisor working with his father, his sister Golda, and in more recent years his daughter Sarah, at their family business, Al G. Brown & Associates. As a natural leader and teacher, David exemplified the spirit of humanity daily and often credited his success to the people around him, always treating everyone as equals.

Throughout his life, David was tremendously passionate about philanthropy. He was instrumental in establishing numerous charitable giving plans that have facilitated the donations of millions of dollars to various organizations, both locally and internationally, at hospitals, universities, arts and culture initiatives, and so much more. One of his last projects was writing a book about the importance of philanthropy, which will soon be published.

His impressive contributions to the Jewish community and broader society did not go unnoticed, and he collected many awards and accolades throughout his career. He was awarded the Advanced Certificate in Family Business Advising (STEP) and was both an editorial advisory board member and a contributing writer to Advisor’s Edge magazine. In 2008, after he chaired the Professional Advisory Committee, he was the winner of the PAC Award of Excellence, which he received alongside his sister Golda Brown, who was also a dedicated PAC member and a long-time Jewish Foundation supporter. One of David’s daughters, Sarah Brown, is continuing her father’s important work and remains an active member of the Committee.

David Wm. Brown leaves behind a truly remarkable legacy, having led a life filled with love for his family, philanthropy, and the Toronto Jewish community. His impact on Jewish Toronto through his work at UJA and the Jewish Foundation will continue to transform countless lives throughout the coming generations. May David’s memory forever be a blessing. 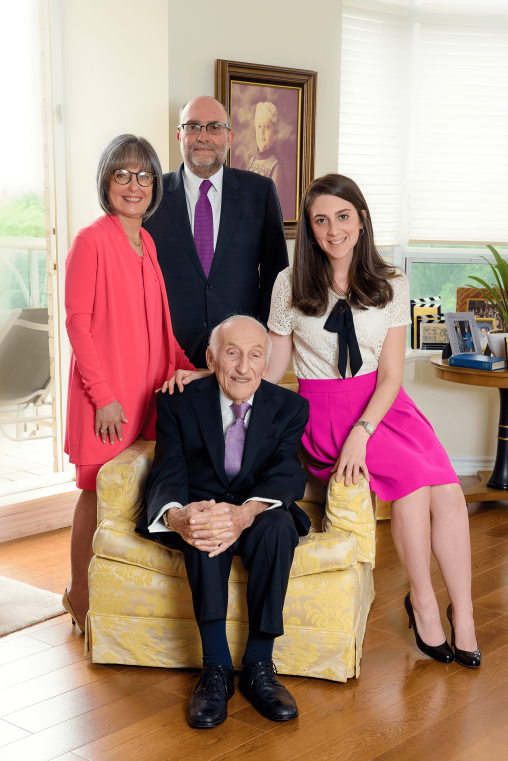